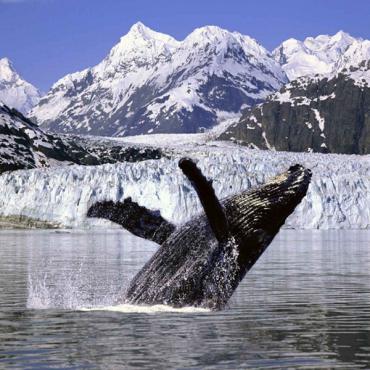 Nestled on the mountainous Baranof Island on the outer waters of the Inside Passage, Sitka is considered by most Alaskans to be the most beautiful sea-side town in Alaska.  The Sound's pristine waters are abundant with wildlife including Giant humpbacks, sea otters, eagles, harbour seals and boisterous sea lions.

Sitka's Russian heritage is still evident and celebrated through out the city.  Two iconic buildings include The Russian Bishop's House, the oldest intact Russian building in Sitka, built in 1842  and St. Michael's Cathedral, the first Russian church built in America.  The cathedral was destroyed by fire in 1966, but rebuilt and today displays precious icons and religious artefacts which were saved from the fire.

Choose to UnCruise!  When it comes to Alaska, this truly is the best way to see Mother Nature's work up close and personal.  Chances are, you'll only do this trip once in your lifetime - make sure you give yourself the best possible...