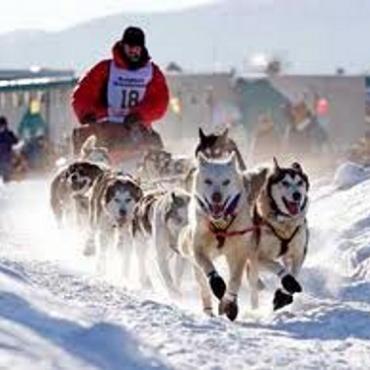 Nome is located on the southern Seward Peninsula coast on Norton Sound of the Bering Sea and only accessible by air or sea.  Once the most populous city in Alaska due to the discovery of gold, you’ll still find relatives of the first gold prospectors here and gold miners still working gulches where the first strikes were made.

Nome’s most exciting annual event is the conclusion of the Iditarod Trail Sled Dog Race. It begins each year on the first Saturday in March and commemorates efforts to deliver life saving serum to Nome during a diphtheria epidemic in 1925.

From Anchorage to Nome each team of dogs and their musher cover 1,049 miles over an 8 to 15 day period.