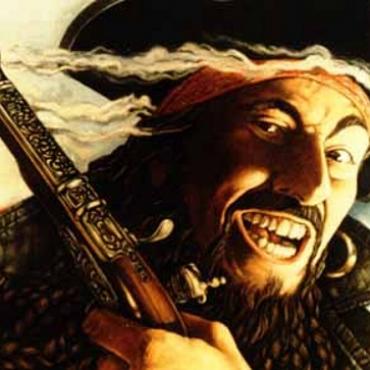 From the Wright Brothers to ‘moonshine’ North Carolina has a vibrant history and has become home to a variety of colourful characters including the fearsome Edward Teach, known as Blackbeard. Those looking for a holiday steeped in history and excitement should embark on a quest to discover Blackbeard’s treasure, before its washed away or someone else discovers it first! North Carolina’s coasts became a haven for some of the seas most notorious pirates in the late 17th and early 18th century, meaning the coast is sprinkled with pieces of pirate history.

On your quest for treasure, begin at Historic Bath, North Carolina’s first established town and Blackbeard’s base. Legend has it that Blackbeard took up residence in a home on Plum’s Point, visible across the bay from the Bonner House. Then take a scenic and leisurely drive to Swan Quarter and catch the North Carolina state ferry to the Outer Banks village of Ocracoke – it was in the waters off Ocracoke Inlet where Blackbeard fought his final fatal battle. His head was cut off and hung from the mast as a warning to other pirates.

All things Blackbeard and pirate can be found at Teach’s Hole Blackbeard Exhibit and speciality shop. If you’re looking to take a break from your pirate trail why not enjoy Ocracoke’s charming village and pristine beaches. The Ocracoke lifeguarded beach was named the 2007’s Best Beach in America by Dr. Beach. 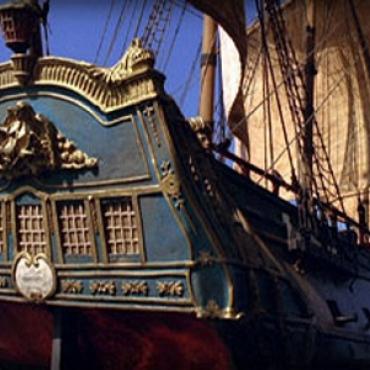 The North Carolina Maritime Museum in Beaufort is also definitely worth a visit. Here you’ll find a permanent exhibit on Blackbeard the Pirate and information about the efforts to locate Blackbeard’s flagship the Queen Anne’s Revenge.

The presumed wreckage was found in Beaufort Inlet by a private group on November 21, 1996. The site of the wreck is under about twenty feet of water just offshore from Fort Macon State Park. (Those who are certified SCUBA divers and who really want to get up close and personal with the QAR can even go on a charted dive of the wreckage with the Friends of the Queen Anne’s Revenge. The “Dive Down” is a scheduled, two-day program based from the group’s headquarters in Morehead City)

Those looking for a once-in-a-lifetime chance to dive for buried treasure and follow in the footsteps of a legendary pirate should put a holiday to North Carolina on the top of their to-do list.