Spending time in Los Angeles is different for everyone. Some people picture themselves visiting the Hollywood sign; others want to wander past the mansions of Beverly Hills. For some, it’s all about going rollerblading on the seafront, while shopaholics picture themselves hitting the boutiques on Rodeo Drive. Everyone has their very own movie-inspired picture of the City of Angels, but it has so much more to offer..... 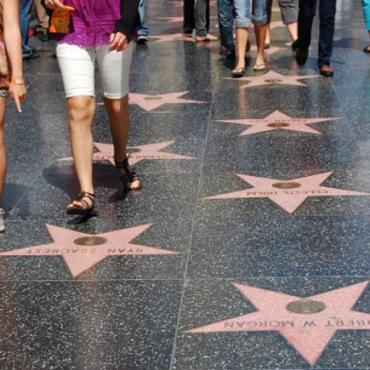 Los Angeles has firmly made its mark as the movie capital of the world. With studios seemingly around every corner, LA churns out films at breakneck speed. The likes of 20th Century Fox, Universal Studios, Paramount Pictures and Warner Brothers all make their homes in Los Angeles.  With tours of the studios available, you simply can’t pass up the opportunity to go behind the scenes.

Professional sport is another big focus in LA with some seriously celebrated sports teams.  The Anaheim Ducks and LA Kings play hockey; Los Angeles Angels and Dodgers baseball, the Los Angeles Chargers and Rams throw the American football; the Los Angeles Clippers and Lakers are famous basketball teams and most people will have heard of soccer's LA Galaxy and their famous player of the recent past, David Beckham! 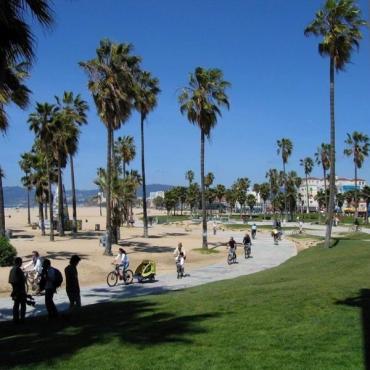 The Beaches of Los Angeles

Ahhhh, the beaches! Malibu is one of the most famous beaches in the world and is perfect for surfing - hire a board and hit the waves. The pale sand stretches on for miles offering ample opportunity for sunbathing and absorbing the laid-back atmosphere.
Venice Beach is probably best known for people watching. Nowhere else will you see body builders, chainsaw jugglers and a host of interesting characters against such an amazing backdrop!
Santa Monica Beach is home to the famous Santa Monica Pier and the official end of Route 66. Enjoy strolling the beach, a spot of shopping at Santa Monica Place and sip a few cocktails al fresco.
Manhattan Beach is super trendy; get out the big sunglasses and straw hat and see how many spots you can recognise from television and film 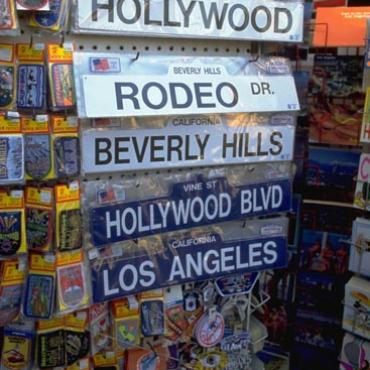 LA is a great gateway for the West Coast of the USA.  You can easily add or combine to your holiday itinerary.  It makes a great finish to a California Coastal itinerary or a Pacific Northwest adventure.  It also works with big cities across the USA.  Why not pair a few days in Los Angeles with a stopover in New York either before or after?  Las Vegas is another great combo city especially if bright city lights and nights on the town are your preference.  Chicago and Los Angeles are the start and finish of Route 66, but with quite a bit of driving in between. Opt for just the cities either end if you aren't keen to drive over 2,000 miles!  Los Angeles also makes the perfect beginning to a Hawaiian holiday.

Whatever the trip you have in mind, Bon Voyage will tailor-make it to fit your needs and requirements. Our unparalleled knowledge ensures the finer details of your holiday are worked out for maximum enjoyment. Get in touch with an outline of the sort of experience you'd like and our experts will turn it into the holiday of a lifetime.  Call us on 0800 316 3012 or click here to start your consultation .

Get a real behind the scenes feel at Universal Studios Hollywood with our VIP Experience.

Located in the heart of Newport Beach, Fashion Island is open-air, upscale shopping bliss.  Where do you think Hollywood's elite go for retail therapy?

Let Catalina Express whisk you away to Catalina Island and the beautiful city of Avalon, a Mediterranean-like town just 22 miles off the coastline of Southern California.

Billions and billions of stars for millions and millions of dollars.  After four years and $93 million, this landmark 1935 observatory now opens a window on the universe.

The amazing lifestyle of Southern California awaits you, with sun, sea, surf and fun as the theme!

Your tour starts from south Los Angeles and travel along the coast of Southern California.  Here you will stop at La Jolla...

Depart North up the spectacular California Coast to the first stop in Santa Barbara.  Visit a Spanish Mission and learn...

The Los Angeles Grand Tour is a comprehensive tour of Los Angeles and Hollywood. You will be taken to the latest, hottest and most famous spots in LA.

Once a berry farm and a real ghost town, this huge area of 160 acres has now become one of Americas most popular theme park attractions, Knotts Berry Farm.

Los Angeles is at its most beautiful at night. This tour visits the Music Center,...

Experience the excitement of LA and Hollywood with this one-of-a kind tour!

Step into a world of make believe, a fantasy world of fairytales and childhood dreams come true! – the magical world of Disney at the Disneyland Resort in California.

Westfield Century City is the epitome of Southern California chic nestled in the heart of the entertainment industry and Hollywood’s movers and shakers.

The Wizarding World of Harry Potter.