Two-city holidays are a great way of seeing more in a single trip and it's hard to imagine a better combination than New York and Los Angeles. Both the Big Apple and LA are home to some of the country's most iconic attractions.

New York's most famous lady, the Statue of Liberty, is a must-visit. Take the ferry to Liberty Island to see the Roman goddess of freedom complete with torch and the American Declaration of Independence. The ultimate icon of New York and the USA as a whole, the statue was a gift from France at the end of the 19th century.

At 318 m tall and containing 102 storeys, the Empire State Building is a proper NYC iconic landmark. Visit one of two observation decks for outstanding views across the metropolis.
Central Park is one of the world's largest urban parks at a staggering 843 acres. It's a great place to take a break from the busy city streets - but that doesn't mean it's all peace and quiet. This is no ordinary park, with it being home to a zoo, skating rinks and boating facilities. 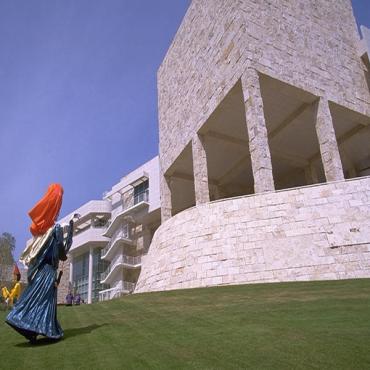 The Hollywood Walk of Fame seriously lets you walk in the footsteps of movie and television greats. See how many names you recognise.

Universal Studios Hollywood is the biggest working studio AND theme park in the world. For the ultimate day out, book a VIP Experience ticket.  Not only will you get exclusive backlot access, but breakfast and lunch in the VIP lounge, priority admittance to Harry Potter and the Forbidden Journey, valet parking and more.
The richest living American in 1957 was J. Paul Getty, founder of Getty Oil Company. Getty was an avid collector of art and antiquities and his collection formed the basis of the J. Paul Getty Museum. Much of his fortune was left to the museum in a trust which is now the wealthiest art institution in the world.  We promise, you won't visit another museum like it.

Hollywood Sightseeing from the comfort of an open top bus.