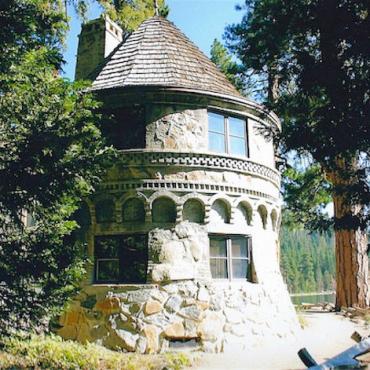 Built by Lora Josephine Knight, an affluent Midwesterner, as a summer home, Vikingsholm foundation was laid in 1928 and constructed in 1929 by 200 workers. Remember the location! That would be an amazing feat today, let alone in the 1920s.

Before starting construction, Mrs. Knight and her architect travelled to Scandinavia to research the design. Some parts of the 38-room mansion contain no nails or spikes based on the old-fashioned construction method used and most of the materials were found in Lake Tahoe.

Interesting fact, Mrs. Knight is best known for building Vikingsholm, but she and her second husband Harry were primary backers of Charles Lindbergh's non-stop solo flight across the Atlantic in 1927.

Today, Vikingsholm is open for tours during the summer months.