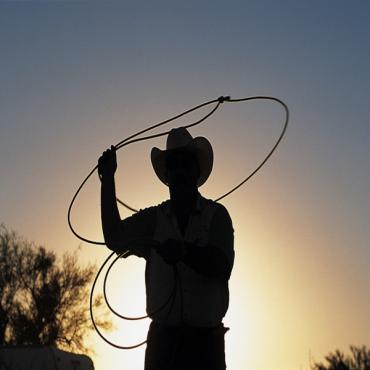 Tucson lies in what is known as the borderlands, a region that enjoys a rich blend of the cultures of America and Mexico.  It's been settled for some 12,000 years by ancient Native American peoples, Spanish explorers and frontiersmen. In the early 1800s, the town had a reputation as a rowdy frontier settlement with frequent gunfights outside, and sometimes inside, the local saloons. For sure, all of history's legendary gunfighters will have passed through Tucson. 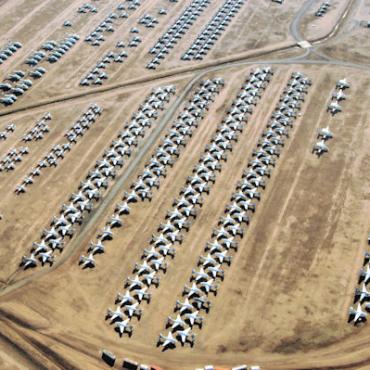 Fabulous accommodation of all possible types is available from resorts, chock full of amenities, to ranches offering an authentic western experience.
There's so much to do in the area, you'll want to make sure to have a Tucson check-list which includes; the Arizona-Sonora Desert Museum, Old Tucson Studios, Saguaro National Park and Biosphere 2.
Also, prepare yourself for the mind-boggling sight of the world's largest airplane boneyard. Davis-Monthan Air Force Base is the location of the 309th Aerospace Maintenance and Regeneration Group, the sole aircraft boneyard and parts reclamation facility for all excess military and government aircraft.

Tuscon - The Astronomy Capital of The World

The star parties begin every evening at sunset as night settles over the Sonoran Desert.  With exceptional, abundantly clear skies and the largest collection of research telescopes in the world, Tucson is the Astronomy Capital of the...

The caverns were apparently unknown to man until 1974, when two amateur cavers found a narrow crack in the bottom of a sinkhole, and followed the source of warm, moist air toward what ended up being more than 2½ miles of pristine cave...

A drive on the Apache Trail is one of the most scenic drives near the Phoenix area. This well travelled road affords you an incredible view of canyons, geologic formations, desert plants and trees, desert and lake views, and wildflowers in...

A wealth of activities and experiences await you in Arizona's White Mountains. Venture here to enjoy the quiet beauty of this region and the cool, crisp mountain air.

When you think of Arizona normally the statuesque Saguaro Cactus usually comes to mind. It stands tall as an iconic symbol of Arizona. In their masses, they typically form the backdrop for those good old cowboy films.

Charming and historic, the town of Bisbee is only 82 miles southeast of Tucson and worth a day trip or overnight.

The Shady Dell is in a word...unique!  All of the “rooms” are actually separate, vintage aluminum travel trailers with an authentic 1950's Diner within walking distance to each room.

Often referred to as 'The Boneyard', AMARG is an aerospace storage and maintenance facility adjoining Davis-Monthan Air Force Base in Tucson, AZ.

An award winning, working old time cattle ranch with the Santa Catalina and Rincon Mountains as a backdrop- amazing!

This charming, informal ranch gives you a feeling of the Old West.