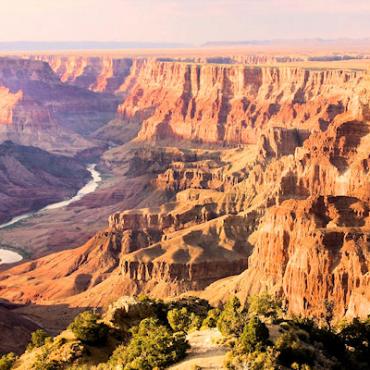 Flagstaff, the gateway to the Grand Canyon, is surrounded by mountains, volcanoes, desert and pine forest. It’s home to Arizona’s tallest mountain, Humphreys Peak. Towering over 12,500 feet, it is the highest of the collective group of dormant volcanic peaks known as the San Francisco Peaks. As you would expect, Flagstaff is a haven for outdoor enthusiasts and also a fun stop along Route 66. 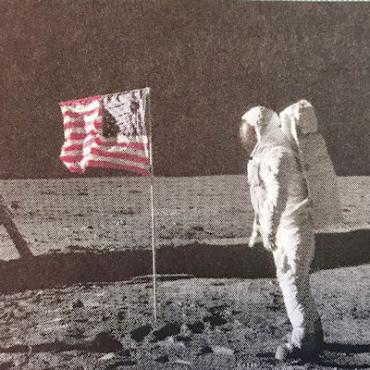 In 1961, Project Apollo began as President John F. Kennedy and NASA aimed to get a man on the moon by the end of the 1960s. This would also begin another interesting legacy for Flagstaff.

The newly created U.S. Geological Survey astrogeology (study of the Earth and other bodies in the Solar System) branch in Flagstaff set up a new telescope to create lunar geological maps. Flagstaff was also determined to be an ideal astronaut training centre. The rocky depths of the Grand Canyon and the cosmic views from the night skies provided the perfect moon replica for simulated lunar buggy testing, geology training and mission simulations.  Among the first to train in Flagstaff was Neil Armstrong, who of course, would go on to be the first man to walk on the moon.

Arizona and The Canyonlands

This is perfect for lovers of spectacular scenery, flaming sunsets and jaw-dropping national parks. This fly-drive adventure takes you through the magnificent Grand Canyon State and beyond.

Fascinating Meteor Crater is located only 35 miles east of Flagstaff and 20 miles west of Winslow, Arizona.

Sunset Crater Volcano was born in a series of eruptions sometime between 1040 and 1100. Powerful explosions profoundly affected the lives of local people and forever changed the landscape and ecology of the area.

A former mining town, that became a boom town and then went bust - America's largest ghost town is definitely worth a visit.  Just two hours from Scottsdale, it's a perfect stop if headed for Sedona, Flagstaff, the Grand Canyon or...

Imagine yourself suspended in air 4,000 feet over the majesty of the Grand Canyon … view the glory of the Colorado River below, witness the sunrise over the canyon’s carved peaks, and listen to the stillness of Mother Nature.

Petrified Forest National Park in north eastern Arizona features one of the world's largest and most colourful concentrations of petrified wood.

The great chasm that is The Grand Canyon was carved over millions of years by the rushing Colorado River.

Monument Valley is located along the Utah/Arizona border towards the southeast corner of Utah. Whether or not you are aware of it, you have very likely already seen.

The Grand Canyon by Air

There are so many options when it comes to visiting the Grand Canyon by air: to start with you will need to decide if you want to

Flagstaff , nestled more than a mile high amid ponderosa pine forests, is this laid-back mountain town with an outdoorsy vibe and plenty of charm and only an hour's drive from the mighty Grand Canyon..

Two hours north of Phoenix/Scottsdale, this is a great stop on they way to Sedona, Flagstaff or the Grand Canyon. Downtown Prescott is an idyllic hamlet nestled comfortably within a verdant national forest with plenty of wild west and gold rush...

Nestled amongst a large pine tree forest at the base of the majestic San Francisco Peaks.

Nestled amongst the Ponderosa pine forest in Williams, the Gateway to the Grand Canyon.