Dallas and Dallas Fort Worth, these two major cities, separated by 30 miles of suburbs actually have quite different characters. 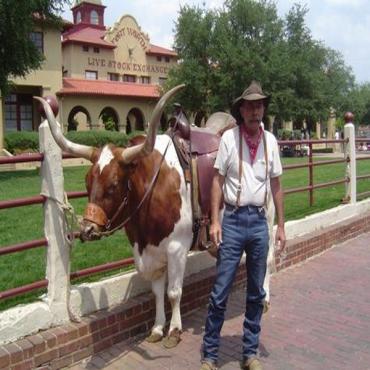 Fort Worth first became prosperous when the town was a stop on the Chisholm Trail, and continued when the city became a major railhead. The cattle that were herded through town more than a century ago still define the city, and its nickname, "Cowtown," persists to this day. The city and its people are deliberate and mindful of the city’s western legacy, while at the same time sophisticated and with a strong heritage of culture. 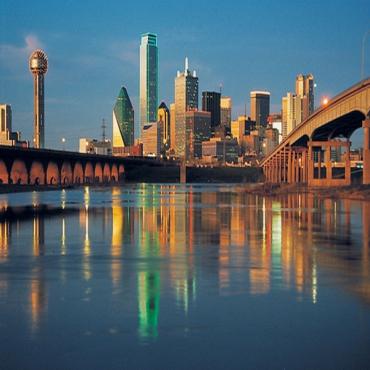 In Dallas, by contrast, progress and image are the name of the game. It's hard to imagine the showy Victory Park fitting in anywhere in Fort Worth. The city and its people want to be leading trends rather than following the masses, and they have been known to take themselves very seriously indeed.
Whichever you choose, a holiday to Dallas or a holiday to Fort Worth will be a great experience; from urban centres bustling with excitement to charming, historic downtown squares, you’ll discover hidden treasures and fantastic sights at every turn. Explore the world-class museums, incredible shopping, sporting events, live entertainment, amusement parks and a rich and celebrated history.

Discover the Lone Star of Texas, one of the states less publicised to the British market. Enriched with culture, history and flamboyant cities, the perfect way to see a slice of Texas.

Deep in the Heart of Texas - Go Big or Go Home Tour!

Texas is not only big in size, but big in heart and hospitality. The more you travel through the state, the more you'll love it.

Internationally renowned as the filming location for the "Dallas" television series, Southfork Ranch is known worldwide as America's most famous ranch.

Book your Texas holiday with Bon Voyage and you'll be given a voucher to hand into the friendly guys at the Fort Worth Convention & Visitors Bureau...

Fort Worth showcases the history and Western heritage that the visitor expects to see coming to Texas and a beautiful array of cultural venues. Visit the Fort Worth Stockyards National Historic District, and you'll see a longhorn cattle...

Fort Worth relives its western heritage at the annual Southwestern Exposition and Livestock Show which typically runs which runs from mid January to early February.

Explore one of America’s darkest moments with a visit to the former Texas School ........