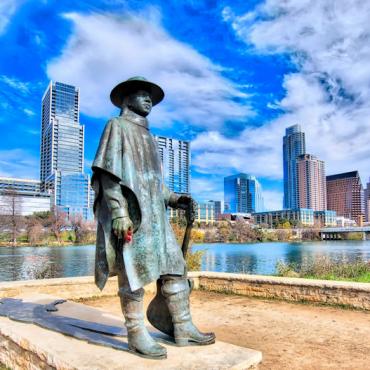 It’s been official since 1991 – Austin wants the world to know they are the "Live Music Capital of the World”.

So how exactly did Austin acquire this accolade? The city’s slogan became official in 1991, after it was discovered that Austin had more live music venues per capita than Nashville, New York City, Los Angeles and anywhere else. Today, the city is home to some 200 music venues which means you can catch a show any day of the week, at almost any time. From Sixth Street to the Red River and Warehouse Districts, the East Side to South Lamar, you won’t be disappointed. And music fans should also visit the Stevie Ray Vaughan Memorial.


Austin City Limits: Held every September, the ACL Music Festival brings thousands of visitors to Austin's Zilker Park and welcomes more than 100 bands from around the world.

South by South West (SXSW): Started as a small music festival more than twenty years ago, every March SXSW hosts the best in music and film. It features 1,800 bands on 80 stages from around the globe, right in the heart of downtown Austin 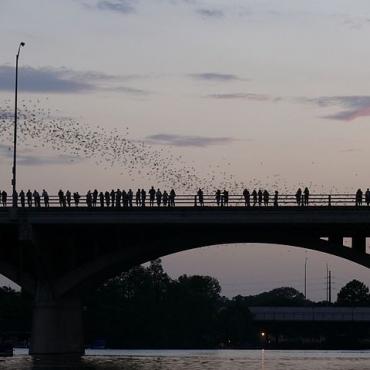 Austin is, of course, the state capital, but at the same time it is a visitor-friendly city without the "tourist trap" feel of some other destinations. As the gateway to the Texas Hill Country, rolling hills and stunning lakes surround the city. It really is unlike anywhere else in Texas. As you would expect there are plenty of honky-tonk bars, barbecue and Tex-Mex restaurants, and together with the thriving live music scene, a great night out is assured in Austin.

But before you get too carried away with the nightlife don’t miss out on a really cool local attraction; during the summer, watch 1.5 million bats take flight from underneath the Ann Richards Congress Avenue Bridge. A truly unforgettable sight!

Discover the Lone Star of Texas, one of the states less publicised to the British market. Enriched with culture, history and flamboyant cities, the perfect way to see a slice of Texas.

Deep in the Heart of Texas - Go Big or Go Home Tour!

Texas is not only big in size, but big in heart and hospitality. The more you travel through the state, the more you'll love it.

Soak up the musical vibe in Austin, the history of San Antonio and the world capital of space exploration -  Houston.  And that's just the beginning.......