Chicago, located on Lake Michigan, is as cosmopolitan as New York, but with mid-west charm. Many famous and influential people have called Chicago home.  Oprah Winfrey and her production company were based here for many years and the Disney creator himself, Walt Disney was born here.

After the Great Chicago Fire of 1871 destroyed a third of the city, including the entire central business district, Chicago experienced rapid rebuilding and growth.  Chicago became known as the Second City, since the first city was largely destroyed. During its rebuilding period, Chicago constructed the world's first skyscraper in 1885, using steel-skeleton construction and still boasts some of the tallest skyscrapers in the world – the Willis Tower (formerly Sears), the Aon Center and the John Hancock Center. 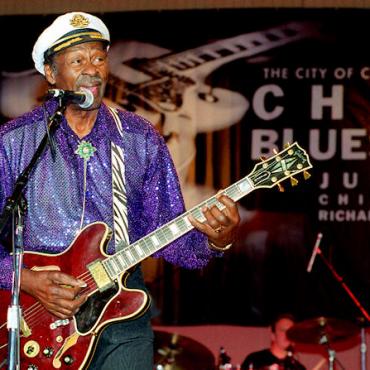 Modern day Chicago is awash with performing arts including an array of theatre, opera, ballet, comedy, and of course, jazz and blues clubs. Also a culinary Mecca, Chicago's 9,000 plus restaurants offer everything from Lebanese to Japanese; Cajun to Creole.  But don't forget to save room for Chicago's specialty- deep dish pizza - it's truly the best pizza you’ll ever eat and reason enough to visit Chicago on your USA holiday.

From April to October the lakefront and Grant Park come alive with different festivals most weekends. One of the most famous is Taste of Chicago, the largest food festival in the world which runs the final week of June through the 4th of July.  Lollapalooza is Chicago's alternative music festival which grows more popular every year and of course - it wouldn't be Chicago without Blues Fest and Jazz Fest.  Best advice we can give - book early. 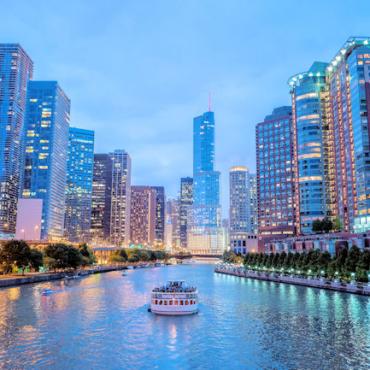 Sports fan? Chicago has professional major league teams in all the popular American sports. Cheer on the Chicago Cubs baseball team at famous Wrigley Field.  Located in a residential neighbourhood affectionately known as Wrigleyville - you can't get more American apple-pie than this!

And, if you can bear to drive away, Chicago is also the start of historic Route 66. Only 2,400 miles to Los Angeles!

To include Chicago in your tailor-made holiday to North America contact the experts at Bon Voyage on (0800) 316 3012.

Route 66, The Mother Road from Chicago to Los Angeles, who can resist this iconic 2448 mile journey through 8 states and 3 time zones.

There's no better way to experience Main Street USA. Cruise on your favourite motorbike, with like-minded travel companions all the way from Chicago to Santa Monica!

The Northern Explorer gives you the opportunity to see the rugged Northwest States from the comfort of your train, including Chicago, Seattle and San Francisco.

Following the wagon tracks of the great pioneers, the Zephyr is the flagship of Amtrak's fleet, a super liner with an all-window panoramic lounge car and a tick list of iconic Americana.

The Great Lakes region is a land of water, woods, hills, lighthouses, ships and wildlife. Experience this beautiful and tranquil part of America on this multi state holiday.

From Seattle to the Big Apple, this 14-day rail holiday showcases the best of the northern half of America.

Our 8 day guided trip takes in the first half of Route 66 from Chicago to Albuquerque.

Experience legendary Route 66 on our 21-day motorhome adventure from Chicago to Los Angeles. Travel through eight states and three time zones and over 2,500 miles!

The Shops at North Bridge

From May to September, the lakefront, Grant Park and various neighborhoods come alive with festivals nearly every weekend.

Chicago Greeters - A great introduction to the Windy City

The Magnificent Mile is the portion of Michigan Avenue that serves as the main thoroughfare between Chicago's Loop business district and its Gold Coast - the wealthiest neighborhood in Chicago.

"The Ledge" at the Willis Tower, Route 66 - Illinois

The Skydeck’s new ‘Ledge’ attraction is now open atop the Willis Tower! (formerly Sears Tower). Only for the brave!

Al Capone and The Burnham Hotel

Sure, you’re heard of Al Capone. In the late 1920s and 1930s he ran organised crime rings in Chicago, moving about the city as quickly and mysteriously as a crate of bootlegged gin.

The prestigious Oakbrook Center is always cutting edge and has been voted THE number one shopping center by Illinois shoppers (and trust us – they are some savvy shoppers!).

Destination - Illinois and the history of Route 66....

Route 66 defined a remarkable era in the growth of the USA. As it threaded its way across eight states, it left its indelible mark on the nation's physical, historical and cultural landscape...

The John Hancock Center, 100 stories and 1,127 feet tall, was the tallest building in the world outside New York City when completed in 1969. Now it is the fourth-tallest skyscraper in Chicago and the seventh-tallest in the United States.

Fashion Outlets of Chicago is the Midwest’s ONLY two-level indoor outlet experience, offering over 130 stores with savings up to 75% every day!

Urban, eclectic, hip......we could go on, but why don't you see for yourself!

Located in the Gold Coast neighbourhood, Chicago's newest hotel is fabulous.  Enjoy gorgeously appointed rooms, views of Lake Michigan and the city, plus impeccable service.  The location is ideal too with historic Rush Street and the Magnificent Mile a stone's throw away.  Oh, and did we mention the rooftop pool?

The perfect blend of unplug and play.  The James invites you to be a part of the scene or just be serene - your choice.

The story of this downtown gem is one of romance and undeniable charm.  Find out for yourself!

The pride of Chicago and choice of celebrities and heads of state since opening in 1920.

An ideal Chicago base, right on the river, with everything you need on the doorstep. Kimpton is a favourite of Bon Voyage travellers and will be with you too!