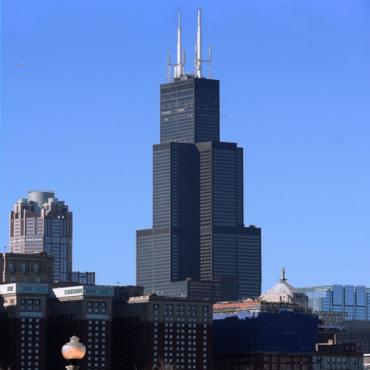 In 1871 a huge fire wrecked most of Chicago. People needed places to live but there was limited space, so architects started to consider erecting buildings higher and stronger.

Presently the four tallest in the city are the Willis Tower, the Trump Tower, The Aon Center and the John Hancock Center. 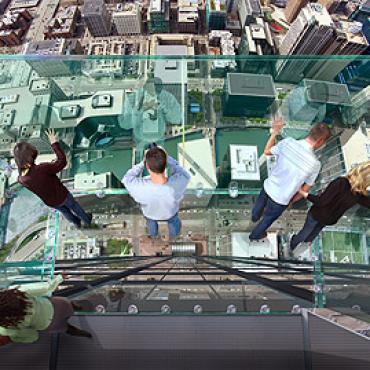 The Willis Tower is home to the Skydeck.  On the103rd floor, this is the highest observatory in Chicago and the views are amazing! On a clear day you can see right across Lake Michigan to Indiana, Michigan and Wisconsin.  AND, if you are brave enough, you can walk right on to The Ledge - a glass box that juts out 4 feet from the Skydeck. In terms of size, The Willis Tower is number 1 in height in the USA and Western Hemisphere and number 8 in the world. 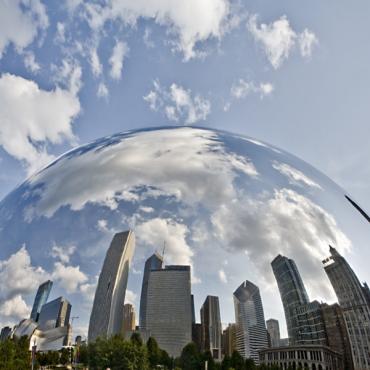 The Aon Center, completed in 1973 as the Standard Oil Building, has 83 floors and a height of 1,136 feet.  It reigned as the second tallest building until January 2009 when it was surpassed by the addition of a spire to Trump Tower.

To really appreciate the Aon Center, you have to walk right up to it and crane your neck to see the top. Fortunately, this is possible thanks to a sunken plaza in front of the building with some rather extensive fountain work.

Donald Trump announced in 2001 that his Chicago skyscraper would become the tallest building in the world, but after the September 11,2001 attacks, the building plans were scaled back and they’ve settled on 2nd tallest in the U.S.  The building will, however, break the record for the world's highest residence which has been held since 1969by the John Hancock Center.

Trump Tower sits at 401 North Wabash Avenue in the River North District.  The building occupies the site vacated by the Chicago Sun-Times, one of the city's two major newspapers and is a block away from the southern end of the Magnificent Mile portion of Michigan Avenue. The restaurant on the 16th floor has a clear view of the Chicago River's entrance to Lake Michigan. 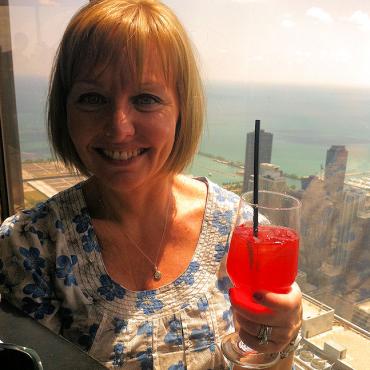 The John Hancock Center with 100 stories and 1,127 feet tall was the tallest building in the world outside New York City when completed in 1969.  Now it is the fourth-tallest skyscraper in Chicago and the sixth-tallest in the United States.

When measured to the top of its antenna masts it stands at 1,500 feet and is home to offices and restaurants and condominiums.

Open to the public is the Hancock Observatory - now called 360 Chicago.  Visit the cafe on the 94th floor, the Signature Room (restaurant) on the 95th or The Signature Lounge on the 96th.  360 Chicago rises 1,000 feet above Michigan Avenue and, on a perfectly clear day, offers a view spanning 80 miles and 4 states and Tilt Chicago is the latest heart stopping "skyscraper attraction".....take a look!