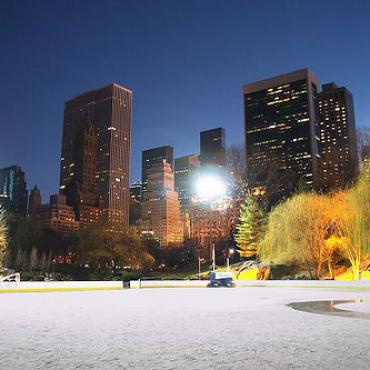 Manhattan is the central island in the New York archipelago. Its Midtown is a hub unto itself: Spanning 30th Street to 50th Street from river to river, its home to landmarks as varied as the United Nations, the New York Public Library and Madison Square Garden.

The Upper West and Upper East Sides are well known for performing arts and museums, along with high-end shopping in Madison Avenue boutiques. Central Park, between the two, is an 843-acre oasis ideal for a spot of people watching.

South of Midtown, Chelsea is home to art galleries and nightclubs, while the relatively low buildings of Greenwich Village (historic townhouses, shops and restaurants) make it one of the sunniest neighborhoods and one of the nicest for a stroll.

Farther south still, the Lower East Side retains some of the shops and cultural institutions from its days as an epicenter for many Jewish immigrants from Eastern Europe while Soho’s distinctive cast-iron buildings look down on throngs of shoppers and fashionable boutiques.

Famed for its restaurants and bustling markets, Chinatown is a thriving community. The Financial District is Manhattan’s original neighbourhood—historic sites and high finance sit side by side on the narrow streets that hark back to the first settlers.

What can we say – NYC is simply a shopper’s paradise!

Woodbury Common Premium Outlets is a Bon Voyage favourite - hands down one of the places we all agree is a shopping must.

Manhattan's theatre district originated in the early 1900s as venues began to move from Union Square and Madison Square Garden further uptown to the Times Square area in search of cheaper real estate.

Stunning rooms, uniquely designed, with all of Manhattan on your doorstep.

Definitely our first choice, this hotel perfectly blends the modern with classic elegance in the best mid-town Manhattan location.

Gaze over Central Park and the Manhattan skyline from arguably the most breathtaking luxury hotel in New York City.

Contemporary and modern apartments in the heart of the theatre district.

This Kimpton boutique hotel is exactly what you’d expect, a cool oasis in the heart of the city.

Setting the standard for luxury for more than a century, The Plaza Hotel New York is a testament to timeless elegance.