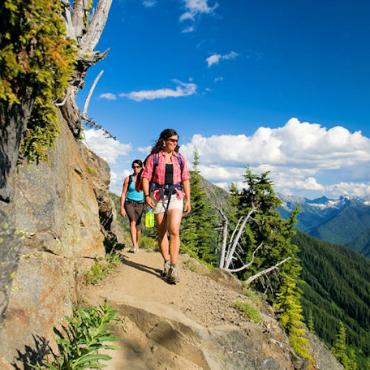 The Kootenay Rockies, lying along the western flanks of the Rocky Mountains, is home to four national parks as well as some of Canada's highest peaks, most scenic golf courses, and coolest ski resorts—which morph into hiking, mountain biking, and rafting playgrounds each summer.

Fernie, for example, an historic mining town of Victorian brick, surrounded by more than 2,500 acres of skiable slopes and bowls, was recently named one of Canada's best ski towns by Ski Canada Magazine. 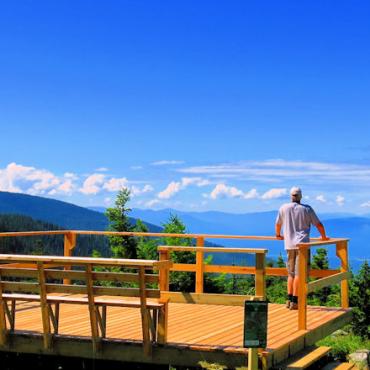 Seven other Kootenay Rockies alpine resorts, including Kicking Horse Mountain Resort, near Golden, and Panorama Mountain Village, near Invermere, are highly ranked for runs, powder, and facilities, without the crowds. Come summer, the lift-accessed hiking and biking are second to none. Revelstoke Mountain Resort has the highest lift-accessed vertical in North America and is the only resort world-wide to offer lift-, heli and cat-skiing from one village base. 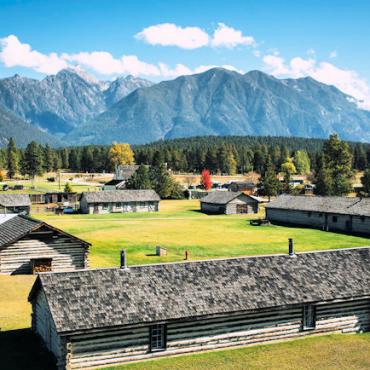 The Kootenay Rockies is also home to some of BC's most lovingly preserved historic sites, including the world's oldest intact passenger sternwheeler, the SS Moyie, dry docked at Kaslo; the Underground Mining Railway in Kimberley; and the intriguing railway museums in Cranbrook, Three Valley Gap, and Revelstoke. At Fort Steele Heritage Town, interpreters bring to life an 1890s boomtown, while the Native Interpretive Centre at the St. Eugene Resort, a former residential school, explores the history of the local Ktunaxa First Nation. 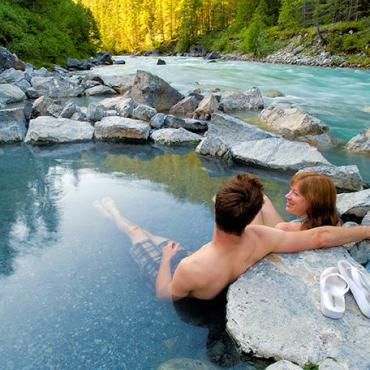 In this region of small towns, each community has its own flavour. Nelson, for example, set idyllically on the western arm of Kootenay Lake, is so rich with heritage buildings and cultural life it's been dubbed Canada's best small arts town. 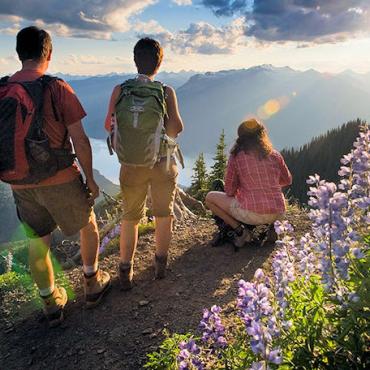 The Columbia River Wetlands, between Canal Flats and Donald (north of Golden), and the Creston Valley Wildlife Management area (near Creston) are home to more than 250 avian species, including ospreys and blue herons.

Surrounded by the Rocky Mountains and perched on the edge of one of Canada's most spectacular lakes, is one of British Columbia's most desirable lodges. Set in Yoho National Park and dating back to 1902, the cosy cabin style lodges make the ideal outdoor retreat.

Surrounded by the Selkirk Mountains and perched on the edge of picturesque Kootenay Lake, this waterfront resort is strolling distance to historic Nelson, a delightful Canadian town dating back to 1800s.

Three Bars Ranch, near Cranbrook, is a world class horse riding training facility complete with marked riding trails and indoor/outdoor riding arenas. With plenty of horses to choose from, you'll be paired with your own for the entire period of your stay.

Halcyon Hot Springs Hotel & Spa is surrounded by spectacular alpine peaks, crystal blue lakes, rivers and streams, an abundance of wildlife. With a wellness spa and three hot spring pools on site, it's the perfect place to relax.

Housed in a beautifully restored 1911 building in the heart of downtown, this boutique hotel has only nine rooms, a private rooftop lounge, and an acclaimed in-house restaurant .

Set in quaint Invermere, this upscale spa resort is within a 5-minute walk of the Columbia Mountains and Copper Point Golf Course

Steeped in history, style and character, the Hume, is your home away from home in picturesque Nelson.