It was the most perfect trip, everything about it went smoothly, a HUGE thank you to the team at Bon Voyage, you helped...

Among the most famous of these journeys is the Alaska Highway, starting at Dawson Creek, north of Prince George. Alaska Highway House, near the Mile 0 post in Dawson Creek, tells the story of this engineering marvel, built by Americans and Canadians in just nine months during World War ll. 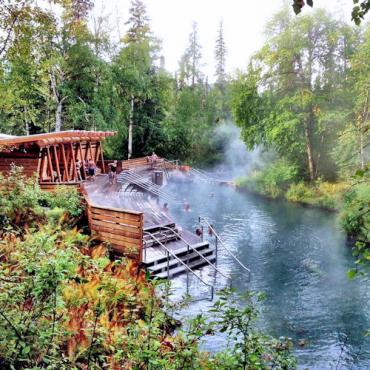 Highway 16, or the Yellowhead Highway, stretches east to west across Northern BC. From Jasper, Alberta it follows valley bottoms west through the Rocky Mountains to Prince George (population 74,000), Northern BC's largest city. Then, through ancient forests and past pristine lakes and fish-filled rivers, it continues to the coast. Highlights en-route include Fort St. James National Historic Site, the alpine-themed town of Smithers, and the renowned 'Ksan Historical Village and Museum. 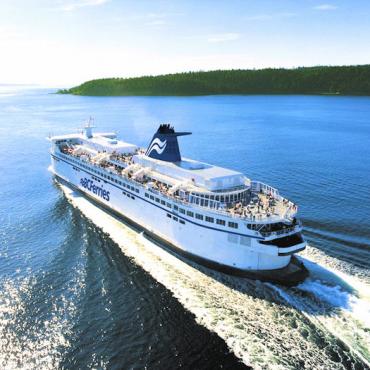 Rail enthusiasts can make the same journey over two days and entirely in daylight on VIA Rail's fabulously scenic Skeena service from Jasper to Prince Rupert.

From Prince Rupert, ferries sail north to Alaska and south through the Inside Passage to Port Hardy on Vancouver Island. Sailing through the Inside Passage, past snowy peaks and forested islands, possibly accompanied by dolphins swimming alongside, is a spectacular experience. BC Ferries' MV Northern Expedition, a comfortable ship featuring a restaurant, cabins, and Haida art, is a great way to complete, or start, any northern adventure. 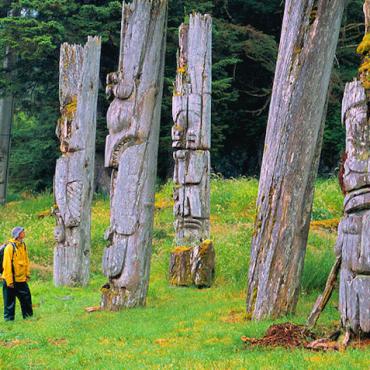 From Prince Rupert, BC Ferries vessels also sail to Haida Gwaii. Formerly known as the Queen Charlotte Islands, this archipelago of more than 150 islands is home to the Haida First Nation. The Gwaii Haanas National Park Reserve, National Marine Conservation Area Reserve and Haida Heritage Site protects the southern reaches of the archipelago, including the SGang Gwaay UNESCO World Heritage Site, one of the last authentic examples of a west coast First Nations village. Another must-see is the Haida Heritage Centre at Kay Llnagaay in Skidegate, where the museum, a First Nations bistro, and a carving house offer insights into Haida culture and heritage.

Northern BC's vast and rugged landscape lends itself to unlimited outdoor adventure. Provincial parks offer hikes from easy to expeditionary; multi-day raft adventures along northern rivers that are the stuff of bucket lists; and fishing, especially for salmon and steelhead, that is legendary in the region's lakes, rivers, and fjords. Mountain biking, kayaking, canoeing, and more are all available on a large scale.

If you're looking for a fly-drive adventure that takes you off the beaten track to parts of Canada that are sparsely...

If an authentic ranch experience in the wilds is what you're seeking, look no further. This remote, sophisticated hideaway in the heart of cowboy country is surrounded by 80,000 acres of pristine wilderness

Located in the heart of the Cariboo Country, 3600 feet above sea level and perched alongside pretty Spout Lake. Offers spacious log cabins and a variety of ranch activities suitable for all ages.

Only accessible by seaplane, the Spirit Bear Lodge is owned and operated by First Nations and set in the Great Bear Rainforest, home of the elusive white 'Spirit Bear'.

Award-winning Tweedsmuir Park Lodge is a luxury wilderness lodge in the Great Bear Rainforest, with only 10 chalets bordering the pristine Atnarko river.

This ultra-remote 12-roomed floating eco-cultural lodge is located on the island of Haida Gwaii's west coast. Set in stunning scenery, Ocean House is all-inclusive and focuses on the cultural values and traditions of the Haida people.

With only ten rooms, Haida House, is set on the east coast of remote island of Haida Gwaii.  During your stay at this wilderness lodge, you'll experience nature in its most untouched form and have the privilege of seeing the world through the eyes of the Haida People.

Eco-friendly hotel located in the heart of historic Prince Rupert and only a short stroll to the inner harbour restaurants and shops.