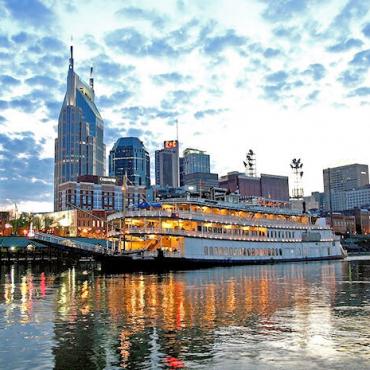 It’s no wonder they say the soundtrack of America is made in Tennessee. There is a tangible spirit that resides in the physical beauty, the music, the food and the people.

So, what's a Tennessee holiday all about?  Scenic drives, peaceful river valleys and breathtaking views of the Appalachian Mountains.  Did you know that Tennessee boasts 54 state parks and 4 national parks?

Then there’s the music. Blues, Country, Rock.  Elvis, Johnny Cash, Jerry Lee Lewis, Dolly and Kenny – Tennessee is where they became legends. The Grand Ole Opry and Ryman Auditorium attracts hundreds of thousands of music lovers each year as standing tributes to the very best in country music then and now.  And there's Memphis’ legendary Beale Street.  If this historic 3 blocks could talk!  It has witnessed the birth of blues, the beginnings of rock n’ roll and a nation divided by the civil rights movement all whilst serving up some of the best BBQ in the country. 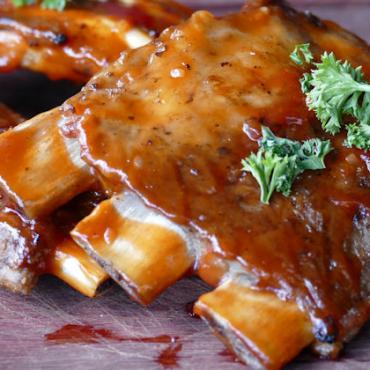 Ah, the food. Slow smoked ribs and chicken dripping in hickory sauce; pulled pork so succulent it melts in your mouth; corn on the cob so fat and sweet you don’t miss butter; coleslaw so zingy and crispy you never want to eat anything else, all washed down with one of Tennessee’s fabled craft beers.
Or, if you prefer a drop of the hard stuff, Jack Daniels Tennessee Whiskey. Jack was a real person too – not just a made up brand name to sell a few bottles of his fire water.  His grandfather had emigrated to the US from Wales.  He was one of 13 children, but never married nor had any kids of his own.

Tennessee is rich with interesting natives past and present. The legendary folk hero Davy Crockett, who fought in the War of 1812; Michael Oher, whose life was depicted in the block buster film The Blind Side; notorious mobster Machine Gun Kelly AND, of course, a list of legendary performers that is almost too good to be true:  Dolly Pardon, Tina Turner, Aretha Franklin, Justin Timberlake, Carl Perkins, Isaac Hayes, Lisa Marie Presley, Usher, Roseanne Cash……the list truly goes on and on.

A Bon Voyage holiday to Tennessee encompasses it all. The history, the struggles, the triumphs, the beauty – all to a soundtrack that can only be described as America’s.  And yes, it was Made in Tennessee.

Big cities, little cities, villages and towns. Everything about the Deep South is Southern; a culture that is both American and unique in the world.

The Ultimate Music & Heritage Tour of the Deep South

Experience the sights and sounds of the Deep South on this fascinating Music & Heritage journey through Georgia, Tennessee, Alabama, Louisiana and Mississippi.

Lower Mississippi Memphis to New Orleans on the American Queen

This Mississippi River cruise will transport you back to an era where cotton was king and impressive mansions and vast sugar plantations were the order of the day.

Showcasing the diversity and drama of the Lower Mississippi, this leisurely 10 day river cruise will take you back through American history.

The perfect blend of city meets sea. Memphis and New Orleans, topped off with a 7 night NCL Western Caribbean cruise.

Discover American towns, vibrant cities, sweeping vistas and antebellum charms. Authentic America is waiting to be explored on this three week cruise through the very heart and soul of the USA.

Spirit of the South - A Trafalgar Escorted Tour

Float like a butterfly in your 'Blue Suede Shoes' as you pay homage to the Kings of the Ring and Rock 'n' Roll. Snap your fingers and stomp your feet in Tennessee's jazz and juke joints then stroll the bourbon and bluegrass plains of Kentucky...

The the U.S Civil Rights Trail, a collection of churches, courthouses, schools, museums and other landmarks in the Southern states and beyond that played a pivotal role in advancing social justice in the 1950s and 1960s, shifting the course of...

Imagine being an African slave forced on the horrific “middle passage” across the Atlantic to the USA. Imagine being shackled below deck for days without food or water, and left to lie in your own filth. Imagine once you’ve arrived in USA being...

Elvis Presley's Memphis is the exciting new entertainment complex at Graceland. Opened in 2017, you can now fully immerse yourself in the life and career of the King at this state-of-the-art complex.  It's home to the world's...

Elvis Presley's life was a true rag to riches story (no pun intended!). From humble beginnings in Tupelo, he became one of the most famous recording artists of all time. But, Elvis was more than just a performer - he was genuine and a rare...

The Blue Ridge Parkway is one of America’s classic great drives. It meanders

At the Dollywood theme park, there is something for everyone to enjoy! This Pigeon Forge attraction has been recognised as...

Dolly Parton's Favourite Things to Do in the Smoky Mountains of Tennessee!

Born and raised in Sevierville, Tennessee, this dainty songbird shares her favourite things to do in the glorious Smoky Mountain region of Tennessee..

This historic gem, which opened in 1869, is brimming with history and the location is ideal - less than five minutes walk to the heart of Beale Street. Make sure you catch the Peabody Duck March daily, a hotel traditional dating back to 1940.

The Guest House at Graceland

THE place to stay for Elvis fans!

Set in a building dating from 1902, and listed on the National Register of Historic Places, this boutique hotel is only 9 minutes' walk to the nightlife of legendary Beale Street.

Perfect for travellers looking to be in the heart of the action. This modern hotel is in an enviable position,right on the edge of famous Beale Street and across from the Gibson guitar factory.

Small and privately owned, this unconventional and quirky, all-suite property is located in the heart of Memphis, and just a short stroll to Beale Street.