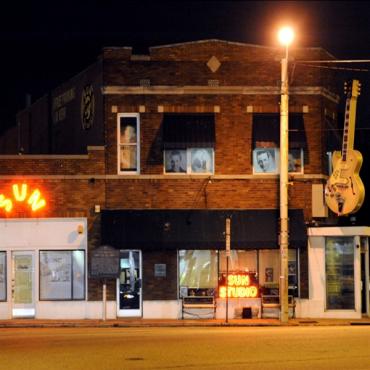 Going to Nashville? Lucky you! You'll find our attraction package great value for money and it includes the following-

The Country Music Hall of Fame – when you step into the Country Music Hall of Fame & Museum, you will be embarking on a trip through decades of country music history! This architecturally stunning building stretches over an entire block of Nashville and features exhibits sure to thrill any fan of the genre. A towering wall of honor features displays of every gold and platinum record to hit the country music charts, as well as exhibits dedicated to the music trailblazers and legends that have been inducted into the Hall of Fame. The 40,000-square-foot museum also features rare recordings, memorabilia, and special traveling exhibits. You can also catch a show at the state-of-the-art Ford Theater, which is housed on the grounds of the museum.

Historic RCA Studio B - once the recording home of popular music titans such as Elvis Presley, Chet Atkins, Eddy Arnold, and the Everly Brothers. The storied studio's exterior has been renovated and the interior has been returned to its 1970s era prime as an analog "temple of sound." RCA Studio B first became known as one of the cradles of the "Nashville Sound" in the 1960s. A sophisticated style characterized by background vocals and strings, the Nashville Sound both revived the popularity of country music and helped establish Nashville as an international recording center. Hit makers in Studio B have included Arnold, Jennings, Bobby Bare, Parton, Reeves, Willie Nelson, and Floyd Cramer, among others.

Ryman Auditorium – Explore the coveted halls of the Ryman Auditorium when you enjoy a self-guided tour that concludes as you share the stage with the legacy of the legends that performed here. This is your chance to feel the history of the Ryman Auditorium, home to the Grand Ole Opry for more than thirty years. You'll start by sitting in the original pews and viewing a short film presentation narrated by Trisha Yearwood. "If These Walls Could Talk" will take you from the beginning of the Ryman's history through to today. After the film, you can head down to the legendary stage to stand underneath the lights and have a photo taken "singing" in front of the Grand Ole Opry audience!

Wildhorse Saloon is a 66,000 square foot, three level mecca of county music, dining and dance. Spend an evening kickin' up your heels at the Nashville's most famous club, which has welcomed more than seven million visitors to enjoy music, dancing, and Music City merriment. Live entertainment has included some of the newest and hottest country music names, like Ricochet, Sons of the Desert, Lonestar, Shane Stockton, and Trick Pony. Every Wednesday night, CMT's Most Wanted Live is taped (live) right here. The music alternates between live performances and the latest and favorite tunes spun by the DJ. Free dance lessons are offered every hour, so you won't have an excuse for not getting out on the floor and kicking up your heels to the newest dance craze.