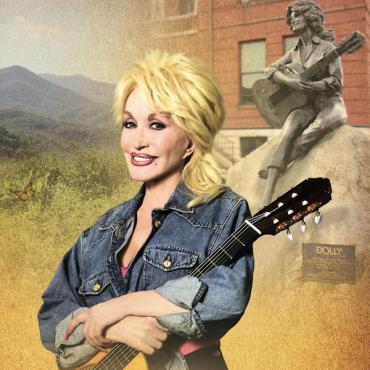 Pigeon Forge was named after an iron forge built around 1820 which was located along the Little Pigeon River.  For centuries, the Cherokee used the valley where Pigeon Forge is now located as a hunting ground.  A Cherokee footpath, known as the Indian Gap Trail, crossed the Great Smokies from North Carolina and passed through the Pigeon Forge valley.  This trail brought the first Europeans to the Pigeon Forge area in the early 18th century.

Pigeon Forge remained an isolated mountain hamlet with no major roads until the 1950s, when improvements to road infrastructure in the area led to the establishment of a few campgrounds and lodges. In 1970 Goldrush Junction, a theme park style attraction in the area, was sold and became Silver Dollar City after the successful theme park in Branson. In 1985, the owners approached Dolly Parton, who was born in nearby Sevierville, with a proposal for a partnership of Silver Dollar City. Dolly agreed and Silver Dollar City was renamed Dollywood. And the rest, as they say, is history!

At the Dollywood theme park, there is something for everyone to enjoy! This Pigeon Forge attraction has been recognised as...

Dolly Parton's Favourite Things to Do in the Smoky Mountains of Tennessee!

Born and raised in Sevierville, Tennessee, this dainty songbird shares her favourite things to do in the glorious Smoky Mountain region of Tennessee..