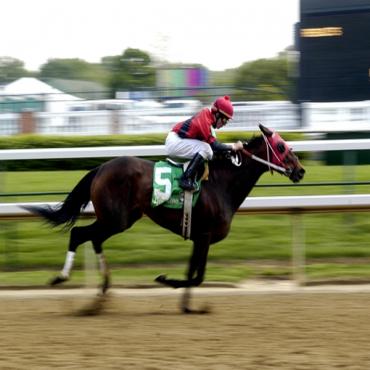 Louisville was founded in 1778 by George Rogers Clark and is named after King Louis XVI of France, making Louisville one of the oldest cities west of the Appalachian Mountains.

Today the city is known as the home of the Kentucky Derby, Kentucky Fried Chicken and the Louisville Slugger baseball bat.

The birthplace of Muhammad Ali, is also a major centre for the American whiskey industry. Approximately one-third of all bourbon comes from Louisville.  In fact, a local Louisville hotel is famous for a secret back room where Al Capone would regularly meet with associates during the Prohibition era.

You can’t visit Kentucky without thinking of Horses, after all it is the Horse Capital of the World. Featuring the “greatest two minutes in sports"........

Located at Gate 1 of historic Churchill Downs, the Kentucky Derby Museum, presents all the traditions and excitement of one of Kentucky’s number one breeds-the Thoroughbred, featuring a 360-degree high definition video presentation, two floors of...

The best place to have a true equine experience is the Kentucky Horse Park, the only park in the world dedicated exclusively to the horse.

The Muhammad Ali Center, near Museum Row in Louisville, is a museum and cultural centre that honours the internationally-known, world-champion heavyweight boxer and his values....