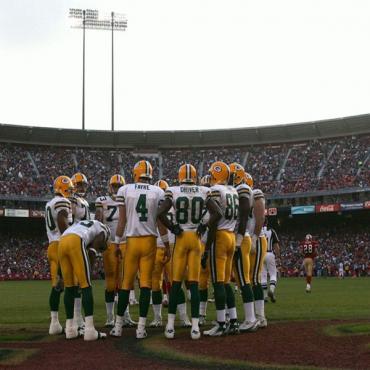 The city is located at the head of its namesake Green Bay, a sub-basin of Lake Michigan, at the mouth of the Fox River, 112 miles north of Milwaukee.

The Green Bay Packers professional football team has been based in the city since 1919. As the only community owned football team in the U.S., no other city is as closely associated with a sports team as Green Bay. If you are an American football fan this city is a must stop.  Tour the Packer Hall of fame and Lambeau field and see first hand why Green Bay is nicknamed "Titletown" and "Titletown, USA" (for the number of NFL titles it has won over the years).

Green Bay was awarded the distinction of All-America City two times in the city's history, with the first award in 1964, and the second award in 1999.

Lambeau Field and the Green Bay Packers Hall of Fame

Lambeau Field, home of the Green Bay Packers, is the first stadium built for the exclusive use of an NFL team and the longest continuously occupied stadium in the NFL.