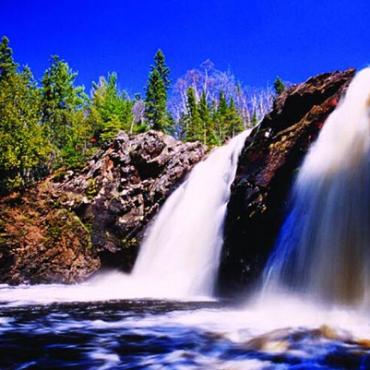 A freshwater paradise, Wisconsin is bordered by Lake Superior and Lake Michigan and the state's boundaries also include the Mississippi River.  Wisconsin also has 7,446 streams and rivers. End to end, they’d stretch 26,767 miles, more than enough to circle the globe at the equator.  In total, Wisconsin contains 11,188 square miles of water, more than all but three other states (Alaska, Michigan and Florida).

Despite all the water, 46% of Wisconsin's land area is covered by forest and Wisconsin's legacy of environmental responsibility traces back more than a century. Areas like the distinctive Door Peninsula, which extends off the eastern coast of the state, enchants visitors with its 300 miles of shoreline, five state parks, cherry and apple orchards and artist colonies.

Wisconsin’s economy originally was based on farming, largely diary, and Wisconsin is still referred to today as America’s Dairyland.  Wisconsin produces more dairy products than any other state in the United States except California and leads the nation in cheese production – hence the endearing term for Wisconsinites of Cheesehead!  And yes, they do put cheese on everything!

History, culture and the arts are also abundant and cities like Milwaukee, Madison, and Green Bay must make the short-list for any holiday to Wisconsin.

The Great Lakes region is a land of water, woods, hills, lighthouses, ships and wildlife. Experience this beautiful and tranquil part of America on this multi state holiday.