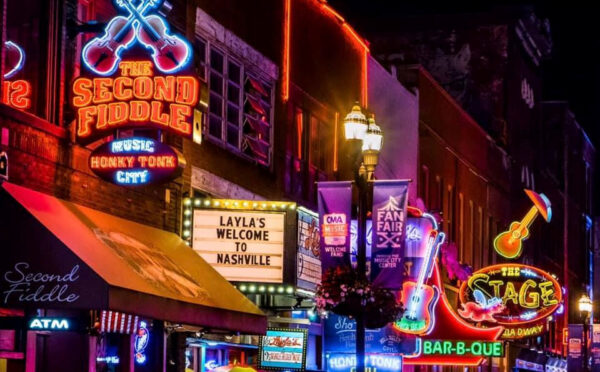 Travelling solo is a growing trend but it doesn’t have to mean travelling alone.  For those with a sense of their own adventure, Bon Voyage’s resident American, Theresa Wilson hosted a special one-off 11-night trip to America’s Deep South.

“We took in the magical cities of Nashville, Memphis and New Orleans,” said Theresa. “Flights, transfers, excursions and entrances were included and of course, individual King-bedded rooms in great hotels with no single supplements.”

Theresa was the hostess with the  mostest and was on hand to help the holiday run smoothly, she makes it clear that the trip was not run like a coach tour.  “The itinerary included plenty of time for personal discoveries as well as excursions and activities that could be enjoyed with the rest of the group.”

The holiday began in Nashville with a meet and greet at the airport, followed by a three-night stay in the city centre with plenty of planned explorations.  A Nashville Music Pass provides access to attractions such as the Country Music Hall of Fame and Johnny Cash Museum while a performance at the ‘home of country music’, the Grand Ole Opry, was also included.

The journey continued by road to Tupelo, Mississippi for a visit to the birthplace of Elvis Presley and then on to Memphis, home of his Graceland mansion.  The group overnighted at the Guesthouse at Graceland with VIP admission to the house.

After Memphis, it’s was all aboard the ‘City of New Orleans’ train down to New Orleans and accommodation in the heart of the French Quarter with a guided city tour and final evening dinner among the highlights.

Keep an eye on www.bon-voyage.co.uk for news on our next solo travellers holiday or why not sign up to our newsletter to be among the first to find out all our news, click here to do it – you won’t regret it!