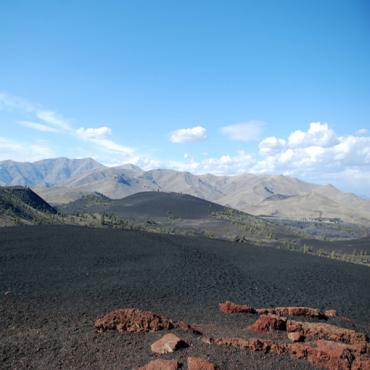 The eerie Craters of the Moon National Park is around ninety miles west of Idaho Falls. At first sight, these 83 square miles look like a sooty-black wasteland, but closer inspection reveals a surreal cornucopia of lava cones, tubes, buttes, craters and splatter cones.

All these features were formed without aid of a volcano as such; instead roughly 2,000 year intervals over the last 13,000 years, successive waves of lava have oozed from gaping wounds in the earth’s crust. The next wave is due anytime now!