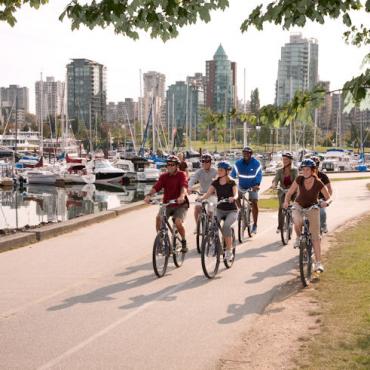 It is the largest city-operated park in Canada and the third largest in North America. It is more than 10% larger than New York City's Central Park and almost half the size of London's Richmond Park.

A 5.5 mile seawall path circles the park, which is used by pedestrians, cyclists, and inline skaters. Much of the park remains forested with an estimated half million trees that can be as tall as 250 feet and hundreds of years old. There are approximately

125 miles of trails and roads in the park, which are patrolled by the Vancouver Police Department's equine mounted squad. The Project for Public Spaces has ranked Stanley Park as the sixteenth best park in the world and sixth best in North America.