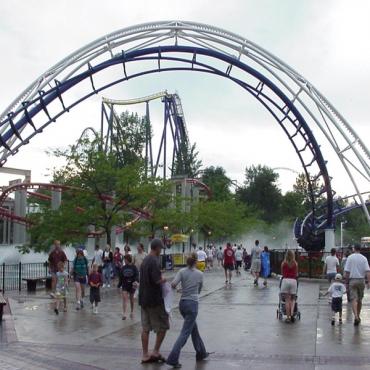 Opened in 1870, Cedar Point is the second oldest amusement park in North America.  Located on a Lake Erie peninsula, 60 miles from Cleveland and 62 miles from Toledo, Cedar Point is known as "America's Roller Coast" and has been voted "Best Amusement Park in the World" by Amusement Today for the past eleven years.

If that wasn’t enough, Cedar Point also has a mile-long white sand beach, outdoor and indoor waterparks, two marinas, several hotels and Challenge Park, which features attractions such as go-karts and miniature golf.