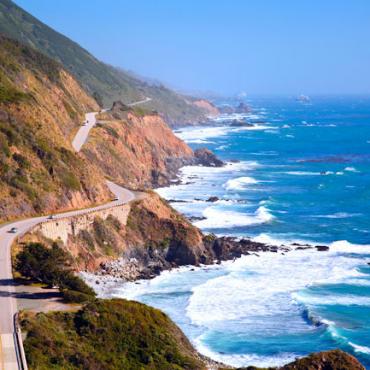 The novelist Robert Luis Stevenson called it "the greatest meeting of land and sea in the world", and the 100 miles of breathtaking mountains, cliffs, and rocky coves will leave you gasping for adjectives!

The scenic Highway 1 was constructed across this rugged landscape in 1930's, but otherwise Big Sur has been preserved in it's natural state. There are no large towns and very few signs of civilization in the area. Most of the shoreline is protected in a series of state parks that offer dense forests, broad rivers, and crashing surf, all easily within walking distance from the road.