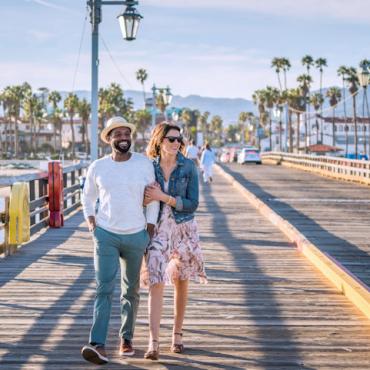 Ahhhh..... Santa Barbara, one of the largest and most beautiful cities on the Californian Central Coast. Known as The American Riviera, Santa Barbara has all the chicness and culture of a European city along with a Mediterranean climate. The twist though is a very laid-back, casual lifestyle and attitude.

With the Santa Ynez Mountains as a backdrop and the prevalence of Spanish Colonial Revival architecture, Santa Barbara feels straight out of a movie set.  In fact, before Los Angeles became Los Angeles, Santa Barbara was a booming hub for the silver screen, California’s first major movie studio, Flying A Studio was located here. In the 1920's, hundreds of silent films were produced in Santa Barbara and Charlie Chaplin was a frequent visitor. Add in beach, the harbor and Stearn's Wharf and the downtown buzz stretches to the water. 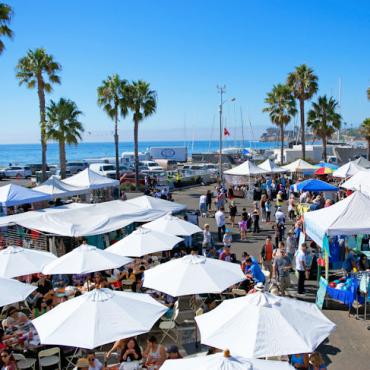 The quality of restaurants, whether fine dining or waterfront cafe is exceptionally high. There's always a funky festival or event going on and you'll also be impressed by the museums, botanical gardens, whale watching opportunities, historic monuments and miles of bike paths.  And, we haven't even mentioned the wine yet.

Wineries here are intimate spaces where you can watch the art unfold as you sip. You don’t have to travel outside the city either as there are plenty of opportunities right in downtown. Santa Barbara Winery, opened in 1962, was the area’s first commercial winery after Prohibition. Whilst the region is known for Chardonnay, the variety of grapes available will ensure the wine enthusiast a quaffable experience!

Channel Islands National Park which is located off the southern coast of California is a fabulous once in a lifetime opportunity for those special few who visit this hidden gem.

Cloud Climbers Jeep & Wine Tours has been chosen as THE best adventure tour in California for numerous years.

Whale Watching on the California Coast

The waters off the California coast are among the best in the world for spotting migrating whales.

On California’s Central Coast, San Luis Obispo and Paso Robles have become popular tasting venues and home to the highly regarded Chardonnay and Zinfandel. But most famous is there southern neighbour,

Intimate and romantic with only 23 guest rooms/suites.

Set on 78 lush acres, here, you can escape to the tranquility of two beaches, three infinity-edge pools and a 42,000-sq-ft spa!

Lovely resort hotel with all of State Street on your doorstep.

This impressive beach resort is only steps from the Pacific Ocean and short stroll the Stern Pier and the shops, restaurants and wine-tasting rooms of State Street.

A Californian icon since the 1920s, this luxury hotel offers incredible views over Santa Barbara and the Pacific Ocean.

Steps from the beach, this luxury hotel commands an enviable position on the waterfront and features a rooftop pool with panoramic views over the coastline and the Santa Ynez Mountains.