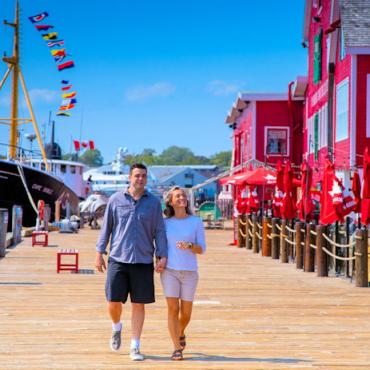 One of three eastern Canada maritime provinces, Nova Scotia is known as ‘Canada’s Ocean Playground’. In fact, those words are on the province’s licence plates, along with an image of its iconic tall ship, the Bluenose II. Apart from offering a spectacular day at the beach, Nova Scotia is renowned for its cultural, culinary and outdoor offerings as well as its friendly people.

The largest city in Atlantic Canada, Halifax is an urban centre wrapped in seacoast history.  It has a vibrant, walkable downtown and sophisticated shops, galleries and cafes.

Away from the city, the Cabot Trail is one of the world’s most scenic drives, it weaves through the Cape Breton Highlands, displaying its natural beauty. Alexander Graham Bell once said “I have travelled around the globe. I have seen the Canadian and American Rockies, the Andes, the Alps and the Highlands of Scotland, but for simple beauty, Cape Breton out rivals them all.” 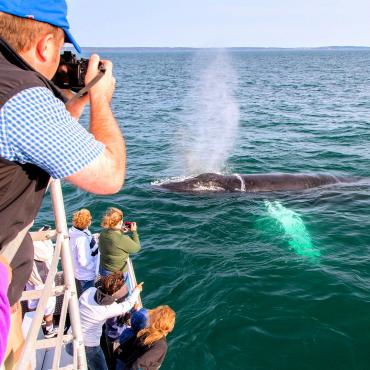 The tides of the Bay of Fundy are the highest in the world, rising upward to 54 feet, carving a dramatic landscape. Watch up to 15 species of whales frolic, walk on the ocean floor, go tidal bore rafting, or simply savour the heartland of Nova Scotia’s farming and wine country. 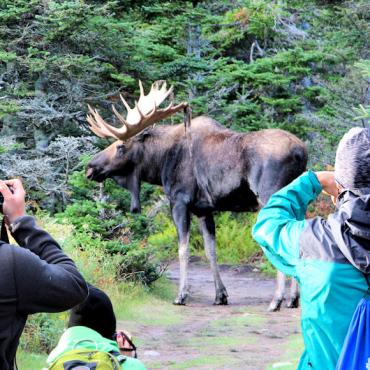 In Nova Scotia you will discover fine arts and crafts in galleries and boutiques throughout the province. Many studios open their doors to the public, giving visitors the opportunity to experience and observe traditional activities first-hand; think rug hooking, wine making and glass blowing.

The province is home to two National Parks. Kejimkujik National Park has earned the designation of Dark Sky Preserve by the Royal Astronomical Society of Canada. In the heart of “Keji” visitors can enjoy one of the clearest night skies on earth, with experts on hand to provide an astronomical guide to planets, constellations and distant visible galaxies. The Cape Breton Highlands National Park offers hiking experiences ranging from relaxed strolls to rugged challenges. The Skyline Trail delivers a breath-taking view of the Cabot Trail, amid whales offshore, bald eagles above and you may get a glimpse of moose. 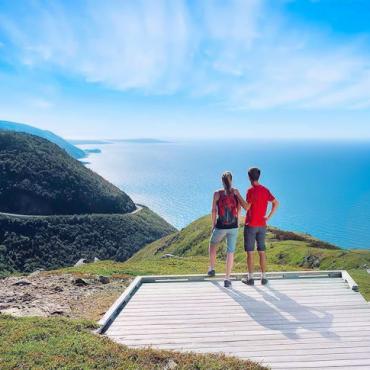 Nova Scotia boasts five UNESCO designated sites. The Landscape of Grand Pré is rich in Acadian history and culture and is the setting for one of the provinces best known wineries, Domaine de Grand-Pré . The waters of the Bay of Fundy reveal the 300-million-year-old story of life at the Joggins Fossil Cliffs. And the colourful and architecturally significant Old Town of Lunenburg, established in 1753, is the best surviving example of a British planned colonial settlement in North America. Sailing Canada’s largest inland sea, the Bras d’Or Lakes, provides a stunning view of barriers, beaches, rocky headlands and barachois ponds and wetlands, earning it the biosphere reserve designation. The Southwest Nova Biosphere Reserve protects boreal forests and significant archaeological sites within this region. 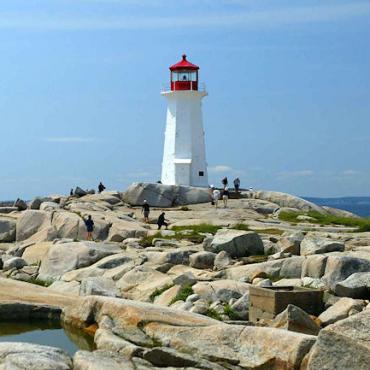 The iconic Peggy’s Cove Lighthouse stands upon granite boulders along the Atlantic coast, making it the perfect location for picture taking and for exploring the nearby working fishing village.

History buff scan step back in time to 1744 at the Fortress of Louisbourg, visit the Alexander Graham Bell Museum or learn about Canada’s history of immigration at Pier 21. Discover the story of Nova Scotia’s connection to the Titanic at the Maritime Museum and see the kilted 78th Highlander Regiment of the Atlantic at the Halifax Citadel.

For tailor-made holidays to Nova Scotia contact the experts at Bon Voyage.