The Louisiana State Penitentiary, also known as Angola, is the largest maximum security prison in the U.S. with over 6,000 inmates.  The area was formerly an 8,000-acre plantation called Angola, named after the country where the plantation slaves originated.  Purchased in 1880, the prison, bordered on three sides by the Mississippi River, subsequently put inmates to work on levee construction. 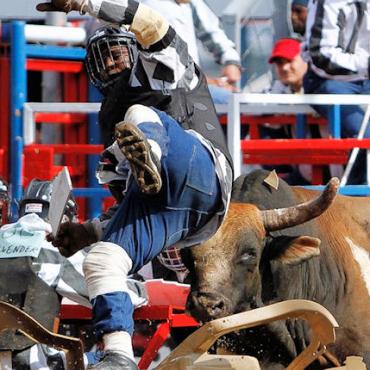 In 1964, the Angola Prison Rodeo began as a recreational activity for the inmates and officers and originally not open to the public. A few years later, people caught wind of the event and would watch from apple crates or car hoods just outside the fence. The popularity of the event continued to grow and eventually, the prison began selling tickets and built spectator seating.

Today it’s the oldest operating prison rodeo in America.  The spring rodeo operates one weekend in April and the fall rodeos run every Sunday in October.  This is one of those ‘has to be seen to be believed’ events. We can just picture Louis Theroux meandering around the paddocks in one of his documentaries – asking “but why?" Well, if you are in the area at the right time – why not?


While we’re pretty sure it isn’t on any bucket lists, we can tell you the eleven events will certainly be an adrenalin rush. A crowd favourite?  Convict poker.  Four prisoners sit in the middle of the ring playing cards around a poker table.  Add a bull.  The last one still playing wins! 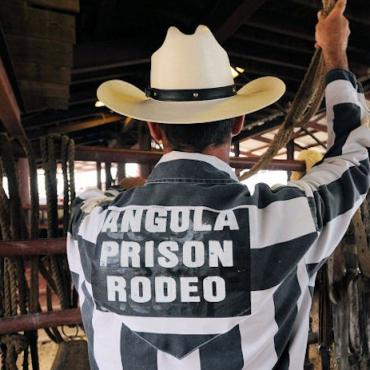 Admission is $20 per person and gets you inside the gates for a full day. Prior to the rodeo, there is an inmate hobby craft sale including jewellery, leather crafts, paintings and woodworking.  Various inmate bands perform and plenty of southern food is available - go ahead and try that frito pie.  We can’t think of a more interesting day out with a twist!  And just so you know, all rodeo goers will be subject to a search of their person and property, so leave those nail files at home.