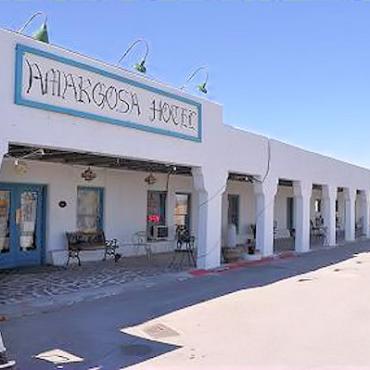 Located in Death Valley Junction (population 4!) visiting the Amargosa Opera House and Hotel is truly a memorable experience. This ghost town was constructed as a company base by The Pacific Coast Borax Company between 1923 and 1925.

The company town consisted of a U-shaped complex of Spanish Colonial style buildings of adobe which housed the company offices, store, dormitory, a twenty three room hotel, dining room, lobby and employees' headquarters. A recreation hall was built at the northeast end of the complex and was used as a community centre for dances, church services, movies, funerals and town meetings. At the time it was known as Corkhill Hall. 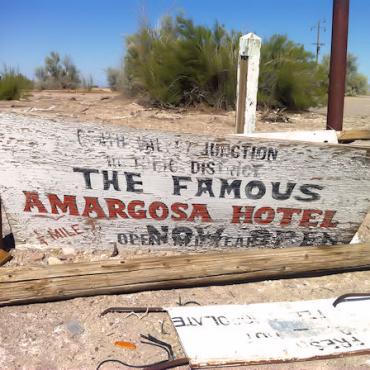 Meanwhile, a young woman danced at Radio City Music Hall and on Broadway. She appeared in "Showboat", "A Tree Grows in Brooklyn" and "A Wonderful Town". This woman was Marta Becket and she really wanted to dance her own dances, design her own costumes and create her own show. Which is exactly what she did and she took her solo show on the road.

Marta and her husband found themselves in California, in the spring of 1967, after months of touring. They decided to spend a week's vacation camping in Death Valley. They awoke one morning to a flat tire and while her husband attended to the tire at the gas station in Death Valley Junction, Marta began to explore the old adobe buildings of the company town. Walking down the long colonnade of what was known as the Amargosa Hotel, she was hypnotically drawn around the corner where she discovered the largest building in the row, a theatre.  Marta never left! She renamed the theatre Amargosa Opera House and spent the next decades, restoring, painting and refining. She also performed and only retired in February 2012 at the age of 88. 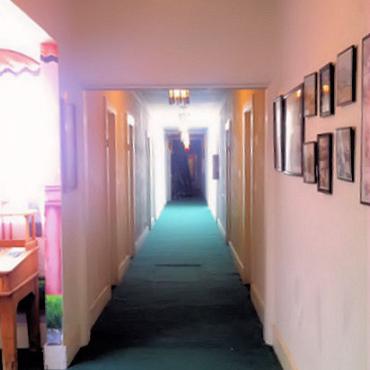 Today, all that remains is the hotel, diner and Opera House tours. Whilst we’d probably recommend a day trip from Las Vegas or a stop en-route to Furnace Creek rather than an overnight stay, you certainly can spend the night.  We have to tell you though the hotel is reported to be haunted.  We visited during the day and it was a bit spooky even in broad daylight.  Go on we dare you!