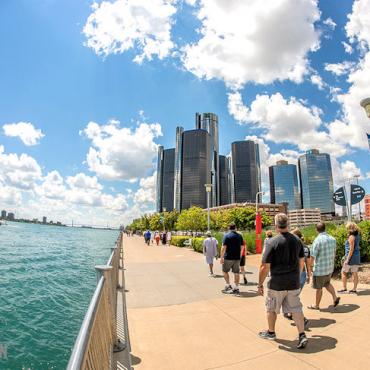 Detroit is a major port city on the Detroit River and the only major U.S. city that looks south to Canada.

This is a city with a very interesting history - a city made, lost and now on the rebound.  Behind it all is a vibe unlike anywhere else. People here acknowledge the grit, embrace the edginess and become enriched by it all. The result is sights, events and attractions that are overwhelmingly real. Downtown represents the hope of what Detroit can be: a blend of old and new, independent shops and national chains, residential and business. 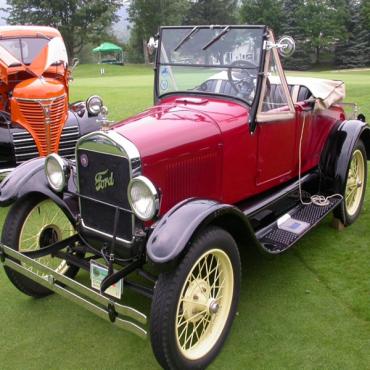 The city's riverfront has seen a major rejuvenation with developments like the Detroit River Walk which includes miles of parks and fountains.  In addition, there is the Detroit River International Wildlife Refuge which is the only international wildlife preserve in North America, uniquely located in the heart of a major metropolitan area. The Refuge includes islands, coastal wetlands, marshes, shoals, and waterfront lands along 48 miles of the Detroit River and Western Lake Erie shoreline.

You can’t ignore the two things that put Detroit on the map and gave way to the nicknames Motor City and Motown.

Berry Gordy, Jr. founded Motown Records which rose to prominence during the 1960s and early 1970s with acts such as Stevie Wonder, Diana Ross & the Supremes, and the Jackson 5.  Today you can step right back in time with a visit to the Motown Historical Museum and 'Hitsville U.S.A' – the Gordy home and first headquarters.

Get set for a Michigan tour through beautiful countryside and along panoramic beaches with sand dunes stretching along Lake Michigan.

The Henry Ford and Greenfield Village, in the Metro Detroit suburb of Dearborn, is the nation's "largest indoor-outdoor history museum" complex.

The museum exhibits trace the roots of Motown’s remarkable story and chronicle its impact on 20th century popular culture and musical styles. The story begins with

At its peak in the 1930s, more than 100,000 people worked at the Rouge. To accommodate them required a multi-station fire department, a modern police force, a fully staffed hospital and a maintenance crew 5,000 strong.

Entering Greenfield Village is like stepping into an 80-acre time machine. It takes you back to the sights, sounds and sensations of America’s past.