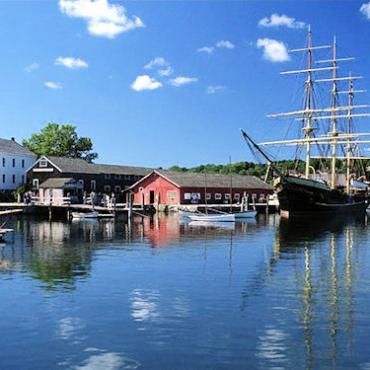 Mystic is not technically recognised as its own city, but is located within the towns of Groton and Stonington, Connecticut. Historically, it is a leading seaport, whose story is told at the Museum of America and the Sea, which is the largest maritime museum in the nation.