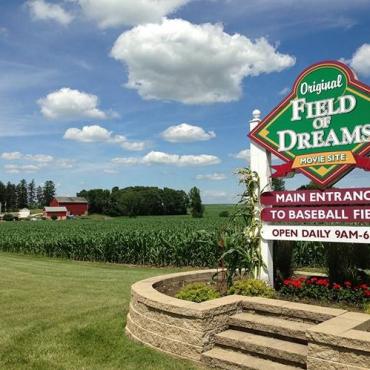 Four hours west of Chicago, you’ll find a family farm that wouldn’t have been on the map had Hollywood not come calling. Dyersville, Iowa is small town America, as traditional as apple pie and baseball. It was the century-old Lansing family farm with the quintessential farmhouse that caught the eye of the Iowa Film Board scouting locations for a movie called Shoeless Joe.

Needless to say, the Lansing family signed a contract for use of their farm for the movie. 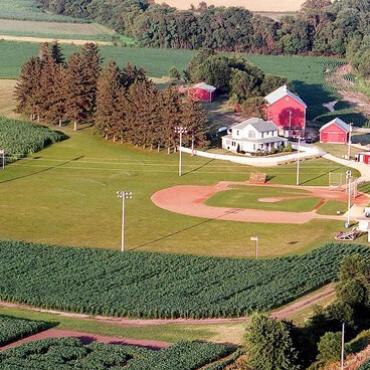 The title of the film was later changed to Field of Dreams and released in 1989 – it was the feel good hit of the year. In fact, it was nominated for an Oscar for “Best Picture.” To this day, it continues to inspire people around the world and luckily, fans can visit the movie site between April and October.

Take the guided 30-minute tour which takes you on a journey with the Lansing family – from setting up their homestead in the early 20th century to it becoming the home of the Kinsella family. Taking the tour, you will honestly feel like you are going back in time as an extra on the film! During the year there are also special Major League Baseball games played here, so it’s worth checking the schedule before you go.

It’s amazing how one day you are farming your land and the next you’re part of something much bigger than you could ever imagine. See, dreams do come true!