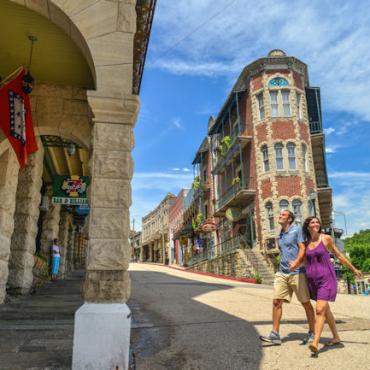 Arkansas is known as The Natural State for good reason. Spectacular mountain vistas and crystal clear lakes and streams, together with endless forest foliage make this state a feast for outdoor lovers.

Of course, Arkansas is so much more. Take a road trip along one of the many Ozark scenic byways and you’ll discover an area alive with the sound of blues, jazz, and folk music played in the original Arkansas style.

Cities such as Little Rock, Hot Springs and Bentonville offer an array of southern history and culture, while a visit to the uniquely eclectic Eureka Springs will stay with you long after you return home.

Little Rock, the state’s capital and largest city is a fascinating blend of strong southern history and 21st Century creativity and flair. With an extensive and charming streetcar system there is plenty to see and do on foot. Right in the heart of downtown, Riverfront Park is set in 33 acres of urban parkland where you will find the ‘Little Rock’ that gives the city its name. The park forms park of the 14 mile Arkansas River Trail, immensely popular with cyclists, joggers and walkers which also includes the Clinton Presidential Park Bridge and renewed former railway bridge. 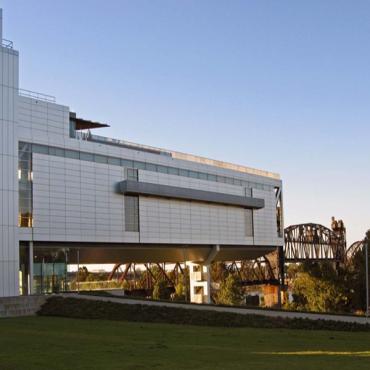 To the south side of this bridge lies the William J Clinton Library & Museum, built in honour of Arkansas’ most famous son. Bill Clinton called Little Rock home for 16 years both as State Governor and then Presidential candidate. The Clinton Presidential Center showcases the historic and ongoing work of the 42nd President of the United States. The library's permanent collection includes an exact replica of President Clinton's Oval Office, the presidential limousine, and a timeline with exhibits for each year of Clinton's presidency.

Little Rock also features a strong civil rights history and African American Heritage with the Little Rock Central High School Historic Site, a National Park and the fascinating Mosaic Cultural Center. The site includes what is still a 3,000 strong working high school and its surrounding area which all played a part in the historic struggle to end the racial segregation of the state’s educational system. The site includes a visitors center and you can take park ranger tour that outlines the history and events from the late 1950’s that shook a nation. The Mosaic Templars Cultural Center invites you to explore the achievements of Little Rocks African American community and its strong fraternal organisations, especially in business, politics and the arts. 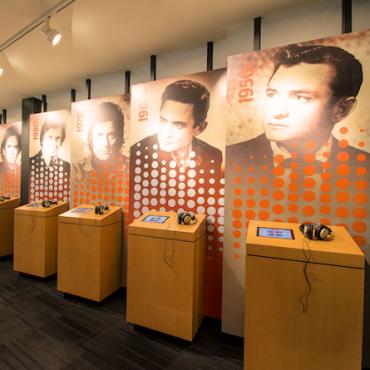 The state’s Delta region is where the blues took root and Johnny Cash's started his musical journey. These traditions are alive and well in the towns and cities stretching out from the might Mississippi, most notably in Dyess and Helena. Set a short drive north-west from Memphis, the Dyess Colony was formed in 1934 as part of President Roosevelt’s New Deal, aimed at providing relief to nearly 500 impoverished Arkansan families including that of music legend Johnny Cash. The visitor centre includes exhibits and videos relating to the history of the colony and the impact this had on Johnny Cash and his music. A short ride from here is the Johnny Cash Boyhood Home furnished in its original 1934 setting.

Mountain View is a true Ozark gem and home to the Ozark Folk Center State Park which is dedicated to preserving the music, crafts and culture of the region. Open from April to November the park’s Craft Village showcases authentic artisans, heritage herb gardens and regular southern mountain music. It is also home to a 1,000 seat theatre where larger shows and also shown and to the famous Ozark Highland Radio station.

Eureka Spring is an eclectic mountain community set amid steep Ozark hills close to the Missouri border. With winding streets, lined with cliff hugging Victorian homes and a bustling historic downtown the city offers a unique Arkansas experience. Downtown is awash with independent boutiques, art galleries and restaurants the city is known for its historic hotels and B&B’s as well as for hosting myriad festivals throughout the year.

Bentonville is home to the Walton Family and the famous Walmart empire and the family is very supportive of its community with the creation of the world class Crystal Bridges Museum of American Art. The charming downtown square is typical of the regions with great coffee shops, restaurants, small retail establishments with a fascinating Walmart Museum and 1950’s diner. 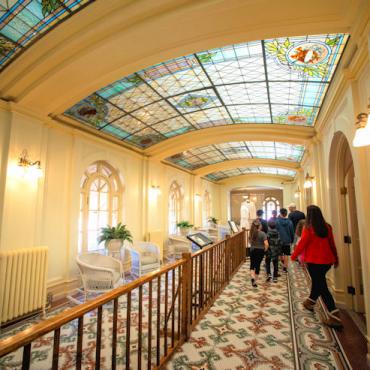 Hot Springs is nestled amid Arkansas Ouchita Mountains and get its name from the many natural warm springs that are dotted across the downtown area which now form the Hot Springs National Park. The centre-piece of the town is Bathhouse Row which dating from the 19th Century and home to 8 elegant bathhouse structures. The city is also boasts a strong gangster heritage as this was the spot the northern gangsters came to relax and have gamble in the early 20th century. Museum and bars outline and attest to this vivid part of Hot Springs history.

Add a trip to ‘Crater of Diamonds State Park’, where you can dig for real diamonds and actually keep what you unearth, and you’ll see that this state offers a multitude of fascinating activities.

To include Arkansas as part of your tailor-made holiday to the Deep South and beyond, contact the experts at Bon Voyage.