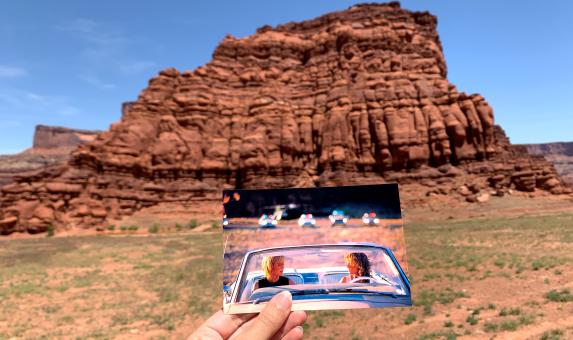 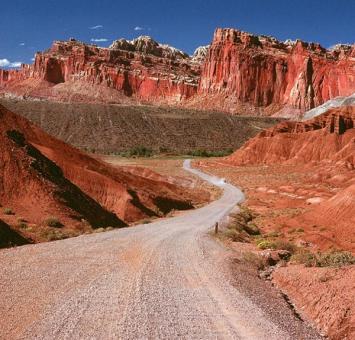 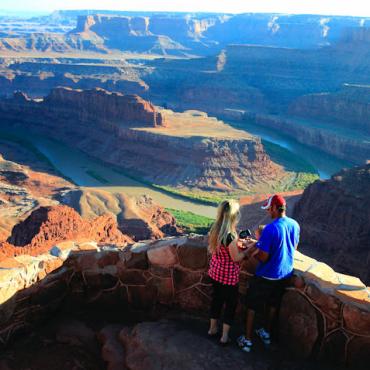 Although the movie is set in Arkansas, and the road trip is a fictional route to the Grand Canyon, the movie was predominantly filmed in Utah. All the place names you’ve heard before and possibly aspire to travel to: Moab, Arches, Monument Valley and Dead Horse Point State Park.  In fact, the closing ‘Grand Canyon scene’ was filmed in the latter.

We don’t want to spoil the ending for anyone who hasn’t seen the movie - is there anyone out there who hasn’t? Whether it’s your first time or fifth time, pop some corn, grab a comfy seat and be entertained and mesmerised for 129 minutes. Along with the incredible backdrops, this film was Brad Pitt’s big break and both Geena Davis and Susan Sarandon were nominated for Best Actress Oscars.

Back to that scenery. It’s hard not to be inspired and tempted to plan your own road trip through Utah's truly astonishing terrain and National Parks.  May we suggest our  Spectacular Utah itinerary for holiday ideas and inspiration. If you are ready to start planning your Utah adventure, give us a call on (0800) 316 3012 today.