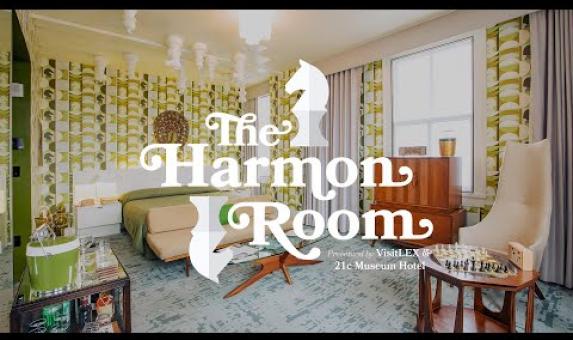 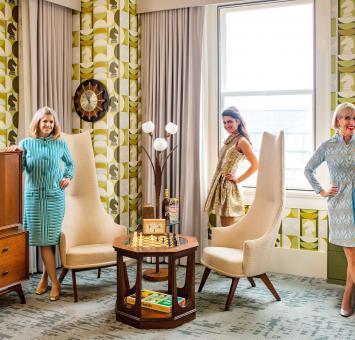 Watched by over 62 million households and counting, the Netflix series, The Queen's Gambit, which took the world by storm, largely takes place in Lexington, Kentucky. And, whilst it wasn’t actually filmed there, plenty of actual places appear in the series.

In order to celebrate Netflix’s most-watched series ever, local tourism bods have collaborated with a creative agency to re-create a meticulously designed boutique hotel room inspired by the show, at the 21c Museum Hotel in the heart of the city.

Named in honour of the lead character Beth Harmon, the Harmon Room at 21c, is a time-capsule of American mid-century modern complete with vintage accessories. The jewel in the crown has to be the the instagram-worthy centerpiece, an artistic recreation of Beth’s drug-induced hallucinations, a larger-than-life chessboard installation suspended from the ceiling above the bed in an arrangement inspired by Harmon’s ultimate match with Russian grandmaster Vasily Borgov.

When you’re not spending time in the hotel, take a Queen’s Gambit tour of Lexington’s landmarks and attractions from the series. End the tour with a visit to the regions world-class bourbon distilleries for a taste of bourbon and Bluegrass music!

To include a stay in the 21c Museum Hotel, Lexington, as part of your tailor-made holiday, contact the experts at Bon Voyage.