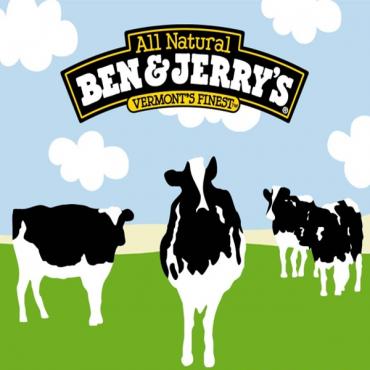 Back in 1966, in a school gym class, Ben Cohen and Jerry Greenfield found they hated running but loved food. Years later in ’78, Ben had been fired from a series of McJobs while Jerry had failed for the second time to get into medical school. So, armed with a $5 correspondence course in ice cream making, they opened their first scoop shop in a dilapidated gas station in Burlington, Vermont.

In the early days the boys were pretty bad at book-keeping. After two months they closed the store and hung a sign that said ‘we’re closed to figure out whether we’re making any money’. And they weren’t. But they learned a lot and by 1979, began wholesaling pints of ice cream out of Ben’s VW campervan. The rest, as they say, is history.

You can now visit the Ben and Jerry's Ice cream factory in Waterbury and see the manufacturing process for yourself - and even get to taste the finished product!