Travel the best scenic routes and discover the best of New England from its quaint villages to its soaring mountains and rugged coast on our 12-night fly-drive holiday.

Stroll the Freedom Trail through historic Boston before moving on to the coast of Maine. Travel through the White Mountains of New Hampshire and the Green Mountains of Vermont on your way to Dixville Notch and Stowe. Then on to the Berkshires where the culture and art is as rich as the scenery. From the Norman Rockwell picture perfect village of Stockbridge to Chesterwood and Tanglewood, the arts and music are completely intertwined with life in this area. 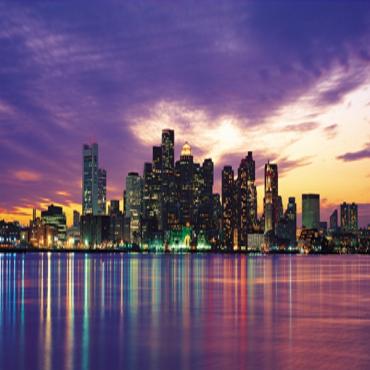 The roots of Boston, New England's largest city, can be found way back in Lincolnshire, UK.

The land there, gifted by William the Conqueror, was home to the founders of the Massachusetts Bay Colony who settled in Boston. In 1629, a dozen shareholders from Boston, Lincolnshire signed a contract to inhabit and develop New England assuming that they would be allowed to govern the colony themselves. They set sail for America, ultimately to join with William Blackstone and other survivors of the first Plymouth Colony.

Today of course, as they say, the rest is history. Boston became a thriving settlement, more new settlers arrived, and the roots of American Independence began to take root and for a time the city even hosted emerging government of the United States.

The events surrounding the American Revolution in Boston are commemorated in The Freedom Trail, a 2.5 mile walking trail through downtown Boston, the North End and Charlestown. The trail starts at Boston Common, originally owned by William Blackstone. It is hard to imagine that the 50 acres in the very heart of Boston were once used as a common pasture for cattle owned by the townspeople.

Next stop, the Boston State House, completed in 1789. It's the oldest building on Beacon Hill and still the seat of Massachusetts Government. Fifteen additional locations on the Freedom Trail include the USS Constitution and the Paul Revere House. The trail takes about 4 hrs to walk comfortably and is an interesting introduction to this charming city. 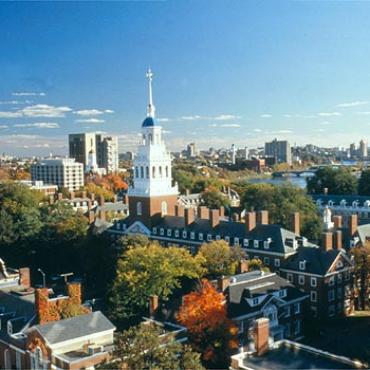 You may want to consider purchasing a Boston Go Card which offers discounted admissions to over 75 attractions in and around Boston, Cape Cod, Salem, Newport and at Sturbridge Village. Boston's most famous attractions include the New England Aquarium, the John F Kennedy Library and Museum, the USS Constitution and the Harvard Museum of Natural History. Tours on the water include the Seaport Express Water Taxi, Charles River Boat Tours, the Mass Bay Lines Whale Watch and the famous Duck Tours.

The Boston Museum of Fine Arts, the Isabella Gardner Museum and the Peabody Essex Museum in Salem are all considered world class. The Peabody Museum is one of the oldest museums in the world devoted to anthropology. The Paul Revere House introduces you to life before the Revolution and the Harrison Otis House Museum lets you step into the elegant world of Boston's governing class after the American Revolution.

Save your pass for the ferry to Martha's Vineyard and Nantucket and other interesting things to see and do on Cape Cod. 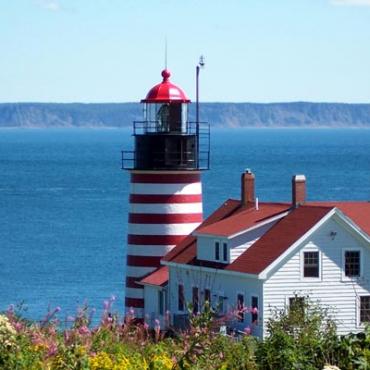 Prepare to be amazed at how real the famous Salem Witch Trials become at the Salem Witch Museum which sets the stage with life size figures, lighting and narration. The home of American literary giant Nathanial Hawthorne who chronicled this story for all the world to read is not far away. If there's time explore all of Salem with a Salem Heritage walk guide.

It's a pleasant drive from Boston to Kennebunkport Maine through the Essex Heritage area to the Coast. Some folks call the Kennebunk Beach the Kennebunk Workout. You'll call it spectacular. The string of beaches, some sandy, some rocky that stretch along Beach Avenue from Gooch's Beach past Lord's Point are all connected by sidewalks - a feature that makes this great stretch of seaside a favourite with walkers, joggers and roller bladers any time of day or evening.

Take an early morning stroll past long stretches of beach, shorefront homes and inns before the sun worshippers spread their towels on the sand. Enjoy the warmth of midday or the romance of an orange and purple sky reflecting off the water at sunset. Kennebunk Beach is readily accessible. You can drive to the beach and park or you can take the trolley and leave your car behind. 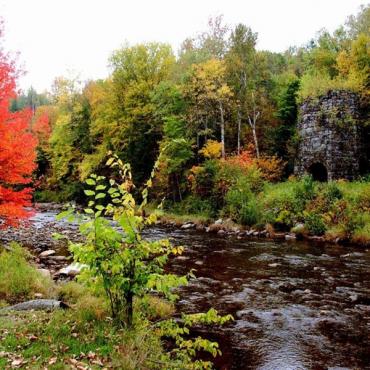 Even though Dixville Notch is nearly at the Canadian border expect a gorgeous drive north through New Hampshire. In central New Hampshire plan to travel the White Mountains Trail. Very soon you will see Mount Washington, the highest peak in the Northeastern United States. There are two ways to scale the mountain. The eight mile Mount Washington road takes you to the top of New England. The road is enjoyable because of it's mile high views of the Presidential Mountain Range and the White Mountain National Forest. You can also take the Mount Washington Cog Railway, once used to haul timber off the mountain top.

The White Mountain Trail connects to the Kancamagus Scenic Byway at the Lincoln Visitors Center. Be sure to visit Clark's Trading Post where the Clark family has personally entertained visitors for over 70 years. Ride the steam locomotive, watch the trained North American bears and tour the museum. 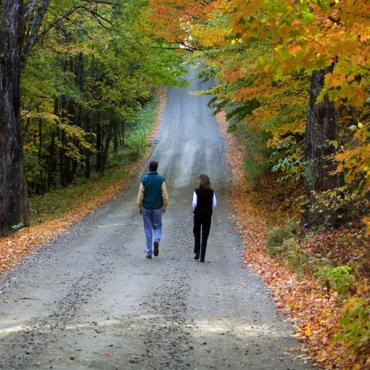 Stowe was here for nearly 200 years before the Von Trapp family arrived from Austria to make America their home. Mt. Mansfield, Vermont's highest peak gives Stowe a character reminiscent of great European mountain resorts. The Trapp family merely added to that mystique when they settled.

Known for their fierce independence, Vermont is the home of the Green Mountain Boys and for about two decades it was an independent republic before becoming a US State. On your way between Dixville Notch you'll encounter Smugglers Notch Road Scenic Byway.

Nearby the Mad River Byway is known by it's classic New England landscape and architecture. Mountain ridgelines, winding rivers, hillside farms and steepled villages greet you along the way. 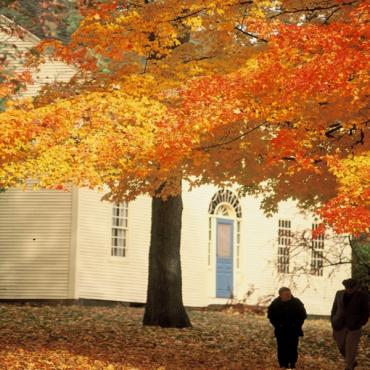 The stars come out in summer in the Berkshires and not just in the sky. Tanglewood hosts Boston Symphony Orchestra performances, the Williamstown Theatre Festival presents inspiring plays and local museums unveil captivating exhibits. The new MASS MOCA (the Massachusetts Museum of Contemporary Art) displays cutting edge and state of the art creations. The Clark Art Institute features the masterworks collected by the Clark family. The Norman Rockwell Museum holds not only the work of Norman Rockwell but also other classic and modern art.

The historic Mohawk Trail National Scenic Byway traverses the northern portion of the Berkshires. The fascinating Hancock Shaker Village is located in Pittsfield. You can spend the afternoon exploring the charming small towns of Williamstown, Lee and Lenox Massachusetts.

Be sure to stop in the many quaint New England antique shops and one of a kind Berkshires art galleries. 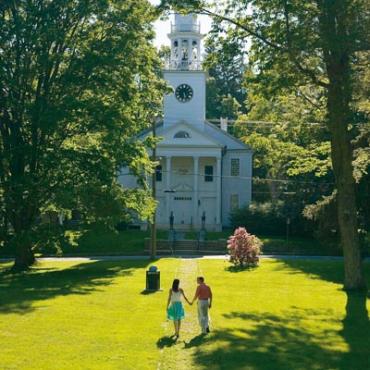 Those who want to get out in the outdoors can take the Berkshire Scenic Railroad from the historic station in Lenox to either Lee or Stockbridge. Western Gateway Heritage State Park features a model railroad display and a re-enactment of the building of the Hoosac Tunnel. Hiking is popular along the Shaker footpaths of Shaker Village on the wooded trails of Pittsfield State Forest, in the Pleasant Valley Wildlife Sanctuary and in Kennedy Park in Lenox. Take a tamer stroll at the Berkshire Botanical Gardens. 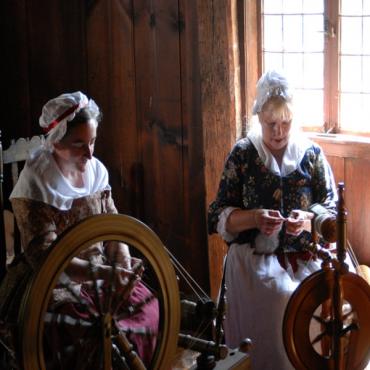 At Old Sturbridge Village you will come face to face with the past and the events that shaped life in New England from the late 1700s to early 1800s. The Village will catapult you into a country town where everyday life was a series of struggles and triumphs. Be a part of history as you journey into rural New England and come away with a profound sense of the past.

Structures where you can meet and interact with authentic 18th century farmers and merchants include the Friends Meetinghouse, the Center Meetinghouse, the Tin Shop, the Salem Towne House, the Asa Knight Store, a parsonage, bank, printing office and shoe shop. 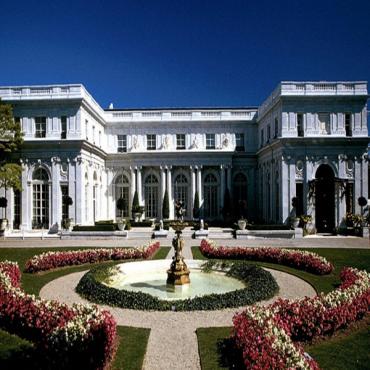 Get ready for the wonders of Newport today. Opulence reigned here for decades during the Gilded Age. The wonderful houses along the cliffs and Bellevue Avenue were the summer cottages of the rich and famous from New York and Philadelphia who descended on Newport for a summer social season. Houses modelled after French castles and other royal residences were the site of lavish parties, dalliances and intrigue. When no longer occupied by their owners a collection of the mansions were purchased by the Preservation Society of Newport and have been opened to the public. You can pack your day in Newport as full as you would like. The Breakers and Rosecliff are must sees. Newport is also a great walking town. You can take the Harbour Walk North and The Harbour Walk South, both of which begin at Perrotti Park and the Cliffwalk which follows the coastline and cliffs. There is also a 10 mile scenic driving tour which begins at The Elms and the Newport Winery.

The Preservation Society of Newport County has preserved 11 Gilded Age mansions, many the summer cottages of the rich. The 70 room Breakers is the most famous. The interior features rare marbles, alabaster and gilded wood. Marble House, also owned by the Vanderbilt's cost a reported 11 million dollars to build in 1892. Rosecliff, which dates from 1902 was the site of some of Newport's grandest parties. 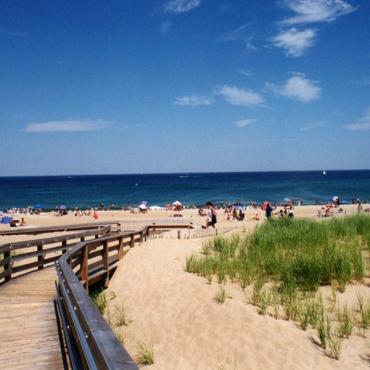 Cape Cod is larger than most people imagine. Your accommodations in Yarmouth Port for the next two nights place you in the middle of the Cape. The Upper Cape closest to the Massachusetts mainland is home to Sandwich and Falmouth, location of the famous Woods Hole Oceanographic Institution. Hyannis is located Mid Cape. The narrow portion of land where it bends sharply north is considered the Lower Cape. The Outer Cape includes the Cape Cod National Seashore, forty miles of pristine sandy beach, marshes, ponds and uplands. 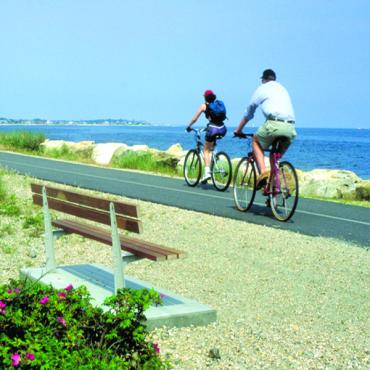 Today we suggest a trip by ferry to Nantucket Island, one of the most unique, historic and visually stunning places in the World. Originally a booming whaling port, the National Historic District of Nantucket has changed little since the 17th century, when many of the seaside cottages were built and old fashioned whale oil lamps lit the street. Today nearly 40 percent of the remainder of the island is protected conservation land. You can walk wide sandy beaches, swim in the sparkling waters of Nantucket Sound or brave the Atlantic on the island's south shore. If land is more to your liking browse the many boutique shops, art galleries and museums or sign up for a tour of the island.

Right next door, Edgartown, the most famous town on Martha's Vineyard could not be more different from Nantucket. Martha's Vineyard actually has six different towns that are as different as night and day. Once a thriving whaling port, the island is now home to writers, artists, architects and designers who come here to get away from the hustle and bustle of Boston. There are no chain restaurants, no shopping malls and no speed over 45 miles an hour on Martha's Vineyard. 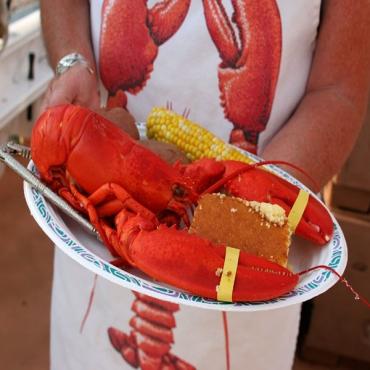 Spend your last day exploring this wonderful historic city. Make sure you dine in one of the many fabulous old seafood restaurants along the harbour, we love the Oyster House. 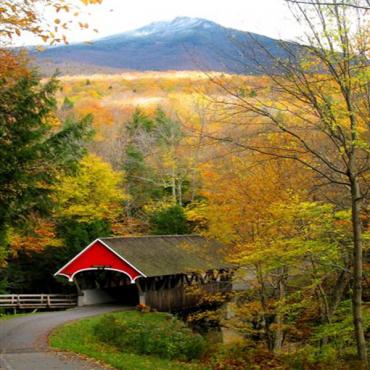 This is your departure day from Boston. Perhaps you would like to extend you stay and head over to New York city for some shopping and sightseeing?

Call the travel experts at Bon Voyage to discuss your New England and luxury accommodation tour.