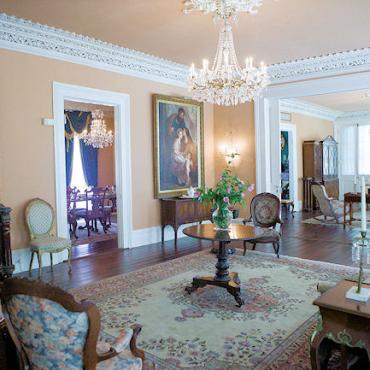 Handprints on the mirrors, footsteps on the stairs, mysterious smells, vanishing objects, death by poison, hangings, murder and gunfire - the Myrtles Plantation holds the rather dubious record of hosting more ghostly phenomena than just about any other house in America.

There have been many reports of children seen playing on the wide veranda of the house, in the hallways and in the rooms. A young girl, with long curly hair wearing an ankle-length dress, has been seen floating outside the windows trying to peer inside the glass.

The grand piano on the first floor plays by itself, usually repeating the same chord over and over again. Sometimes it continues through the night. When someone comes into the room to check on the sound, the music stops and will only start again when they leave.

Located two hours north of New Orleans, ask your Bon Voyage consultant to include a stop during your visit.