The famous story of Bonnie and Clyde is one that won’t be forgotten. A series of events that captured the attention of the United States during the Great Depression in the 1930s was regarded as one of the most spectacular and colourful manhunts of the time.


After the multiple robberies, kidnappings and murders (at least 13) across the States, Bonnie and Clyde’s story came to an abrupt and bloody end when they were ambushed by police and gunned down on a lonely strip of road in the northern Louisiana woods in 1934. The officers responsible for bringing to the end one of the most spectacular manhunts of the 1930s were Frank Hamer, B.M. “Manny” Gault, Bob Alcorn, Ted Hinton, Henderson Jordan and Prentiss Morel Oakley. 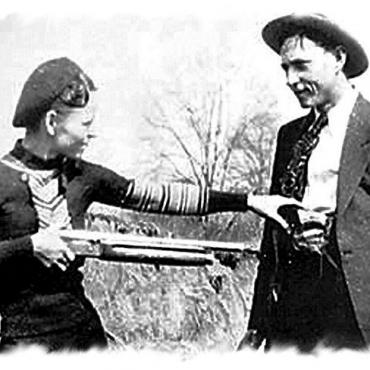 The quirky Bonnie & Clyde Ambush museum is located in