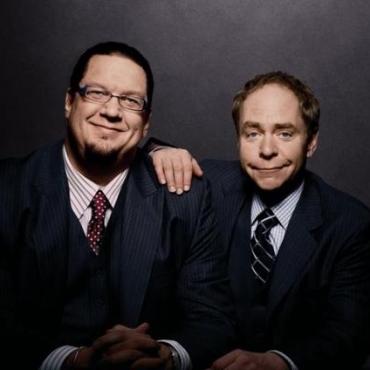 Known for their outrageous blending of comedy and magic, that often skewers the genre of traditional magic, Penn & Teller's live show has been a hit on Broadway and around the country and now has a permanent home in Las Vegas at the Rio Hotel & Casino.

Edgy, provocative and hilarious, Penn & Teller's live show on any given night can involve knives, guns, a fire-eating showgirl and a duck. Known as the "Bad Boys of Magic," for supposedly revealing the secrets to their tricks, they may show you how it's done, but they still manage to leave you startled. Be sure to stick around after the show, as both Penn and Teller hang out in the theater lobby, meeting and greeting guests, posing for photos and signing autographs.