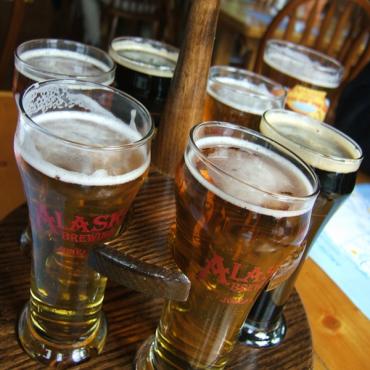 Soon after gold was discovered in 1881, breweries in the new town of Juneau began quenching the thirst of hardy Alaskan miners. By 1903 at least four breweries had begun operation in the twin cities of Juneau and Douglas. Between 1899 and 1907, local residents enjoyed a particularly fine brew created by the Douglas City Brewing Company. 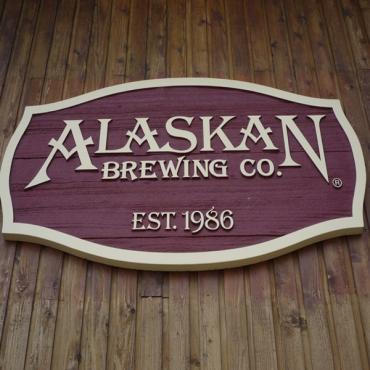 Almost 100 years later, Alaskan Amber Beer, based on that same historic recipe, has started a small gold rush of its own.  In 1986, the Alaskan Brewing Company became the 67th operating brewery in the United States and the only one in Alaska. Since that time their products have brought home more than 33 major medals and awards.

The popularity of the beers has led to heroic efforts to keep up with the demand.  Brewing beer in Alaska isn't easy. In the coastal community of Juneau, without road connections to the lower 48 states, everything arrives and leaves by water or air and the weather always has the last word.

Complimentary tours and beer samples are available year round! Brewery visitors hear about the history of Alaskan Brewing Co., including how they make their unique and award-winning beers including the flagship Alaskan Amber and Alaskan Smoked Porter.