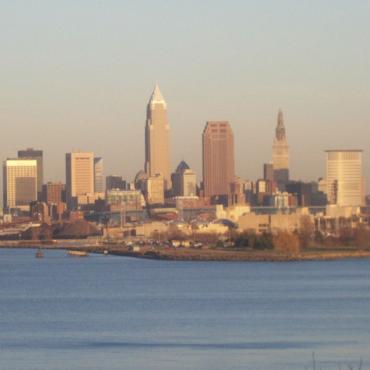 Cleveland is on the southern shore of Lake Erie and extends 100 miles along the Lake Erie shoreline and more than 40 miles inland. A typical Midwest city, Cleveland is friendly and welcoming and rich in heritage and family.

There is a vibrant arts scene with incredible theatre, a world-renowned orchestra, opera, art museums, independent film and more. They also take their sports seriously with major league teams in baseball, hockey, football and basketball.

By far, what Cleveland is most proud of though is the part it played in rock history.  Alan Freed, a deejay credited with coining and popularizing the term “rock and roll,” took to the airwaves in Cleveland using the name “Moondog.” In March 21, 1952, Freed promoted "The Moondog Coronation Ball" at the Cleveland Arena. The momentous event is recognized as the first ever rock and roll concert.  That legacy continues through an abundance of live music clubs and the Rock and Roll Hall of Fame and Museum.

The only luxury, all-inclusive coastal cruising experience on the Great Lakes.

The Rock and Roll Hall of Fame located in downtown Cleveland is dedicated to recording the history of some of the best-known and most influential artists, producers and others who have, in some major way, influenced the music industry -...

Opened in 1870, Cedar Point is the second oldest amusement park in North America.  Located on a Lake Erie peninsula, 60 miles from Cleveland and 62 miles from Toledo,