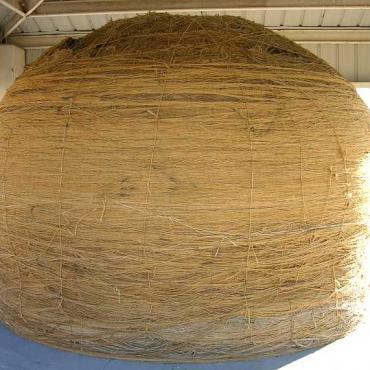 To say thing got out of hand would be a slight understatement, because by 1957 it weighed about 5,000 lbs.   When Stoeber died in 1974, the Cawker City Community Club became the official owner/caretaker of the ball of twine and each year a “twine-a-thon” is held so the ball never stops growing.

Now estimated to weigh some 17,000 lbs, its 40-foot circumference contains  an estimated 8 million feet of twine. Only in America.