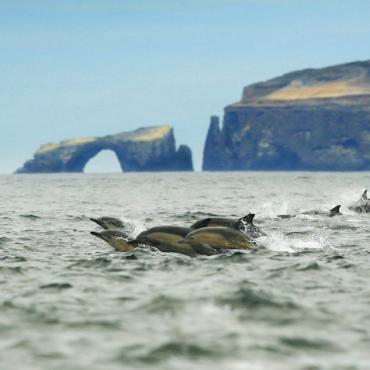 Southern California’s Channel Islands form an eight-island archipelago which are remarkably close to the mainland.  Channel Islands National Park is comprised of five of the islands – Santa Cruz, Anacapa, Santa Rosa, Santa Barbara and San Miguel.  Although close to shore, their isolation has thankfully left them underdeveloped and home to flora and fauna not found anywhere else - more than 2,000 species in fact.

This area is often referred to as the ‘Galapagos of North America’ and rightly this ocean sanctuary has no infrastructure, so you won’t find hotels, restaurants or shops – just Mother Nature as she intended. 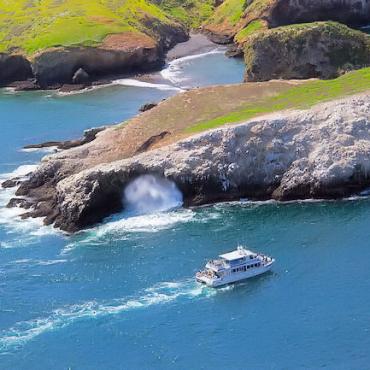 After the ferry docks in Scorpion Anchorage, start with the visitors centre where displays describe the vast bio-diversity and rich culture of the island. Afterwards, you’ll be met by a National Park naturalist guide who will take you on a gentle two-mile hike to Cavern Point. Witness incredible views over the island and learn about the unique wildlife. You can also opt for a self-guided five-mile hike to Potato Harbour and the solitude of the islands rugged terrain. If you’re lucky, you may encounter the elusive Santa Cruz Island Fox, or the Santa Cruz Island Scrub Jay, a bright blue bird that is indigenous to the Channel Islands.
You can also snorkel along the shoreline kelp forests or kayak along the dramatic cave rich volcanic cliffs.
Days trips to the other islands, overnight camping opportunities and whale-watching cruises are also available. Your Bon Voyage consultant will chat you through a visit to the Channel Islands if you are keen to include them as part of your tailor-made holiday to California.