Atlantic City, the best known - and by some the most decried - seaside resort on the Atlantic coast of New Jersey, founded in the 1850s, offers visitors its long sandy beaches and an immense range of entertainment which has earned it the name of the "Las Vegas of the East."

It now has innumerable revue theatres and attracts serious A-list performers like Madonna.  Atlantic City is also the venue of large purse boxing matches and The Miss America pagent. 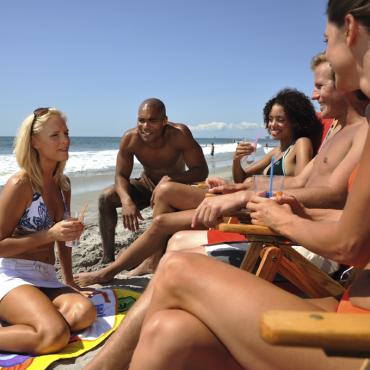 Most of the places of entertainment, restaurants and boutiques are on the Boardwalk, a 5 mile long seafront promenade 60 feet wide which was laid in 1870 and remains the city's enduring trademark.