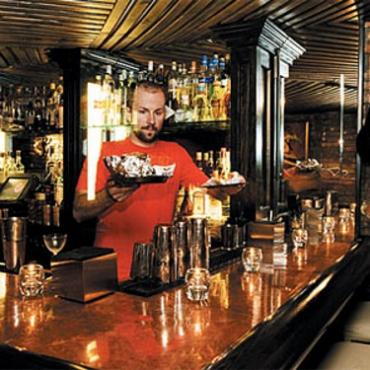 Join fellow travellers and locals on a tour of New York City's oldest classic neighbourhood bars that cling fiercely to their traditions.

Have a drink where New York’s greatest artists, politicians, celebrities, and sports teams have gathered to revel in the spirit of these timeless taverns. See the site of one of Abraham Lincoln’s historic addresses that turned him into a presidential candidate. Enter the bar that’s been used in numerous movies, television shows, commercials, photo shoots, and even music videos.

Enjoy New York City's oldest drinking establishments, with their booths, frosted mugs, and mahogany bars and be transported back to the pre-Prohibition era. With your guide you will visit four to five different pubs during the evening and enjoy three complimentary drinks along the way. You can easily walk from one bar to the other and the distance covered on the tour is about 1 mile (1.6km).

Significant attractions and stories include:

Bars you will visit include:

Please note all participants must be 21 years of age or older and must present valid photo ID to the tour leader at the start of the tour. All tour participants are expected to drink responsibly and in moderation. Drinks provided on the tour are spaced at intervals that are responsible consumption of alcohol. This is a cultural tour.