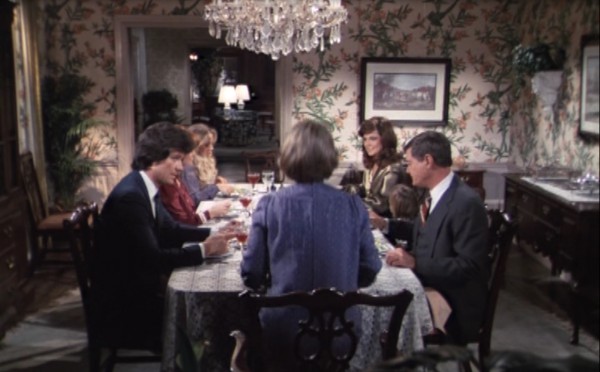 Platform shoes, Van McCoy’s “The Hustle”, Parma Violets and the TV Series, Dallas. These are all the things I loved about the ‘70’s.

So now I’m like the cat that got the cream to learn they are bringing back Dallas to our screens this year. Better still, some of the original crew will still be gracing our sets such as devilish JR, slurring Sue Ellen and Bobby “The Shower”.  The original series ran from 1978 to 1991 – 325 episodes. I watched them all.  I understand the new version will focus on the Ewing offspring; J.R. Ewing’s son, John Ross, and Christopher, the adopted son of Bobby and curvy Pam Ewing.  The two smouldering beefcakes from Desperate Housewives will be playing the leads.

Anyway, when I was visiting friends in Dallas a few years ago, they were slightly horrified that the ranch where Dallas was filmed – “Southfork” – was top of my list of Dallas must-sees.  “Don’t you want to see the historic Stockyards, Dealey Plaza and Texas School Book Depository?” they pleaded gently. “Nope. I want to see where the Poison Dwarf hung out” I responded. Bearing in mind Sir Terry Wogan christened Lucy Ewing with this nickname, and the Yanks have never heard of our velvet-tongued friend, it was strange they didn’t query the dwarf reference. I think all Texans find the British slightly eccentric in a Dick Van Dyke type way.

So off our merry mob drove to the Southfork Ranch in Plano, just on the outskirts of Dallas. On arrival I was disappointed. I must add this is the third time I have been slightly crestfallen by an iconic attraction in the USA. The first was on my visit to Graceland, home of Elvis in Memphis, Tennessee. Don’t get me wrong – I love the place – but I was probably expecting some imposing abode fit for The King rather like Blenheim Palace and I got what I considered (and don’t hate me Elvis fans) a rather well kept, nice-looking nursing home.  I walked through the door at Graceland a non-Elvis fan, and by the time I’d left I was contemplating joining the official Fan Club.

Since I am on the subject, the second time dare I say it ( I think I can hear the Secret Service coming for me now) was at Mount Rushmore in South Dakota. I was expecting the Presidents’ heads to be truly enormous. They weren’t.  I much preferred the incredible Crazy Horse Memorial (the world’s largest mountain carving) a further fifteen miles down the road. This huge carving, which is a work in progress and unlikely to be finished in our lifetime, is of Crazy Horse, the Native American leader of the Ogala Lakota Tribe, pointing to his promised lands. It made the hairs on my arm stand up when I first saw it.

Back to Southfork Ranch in Texas! Our jolly crew toured the ranch. The Texans kept giving me quizical double thumbs ups. “Crikey, this is much smaller than I thought it would be “I thought as I strolled around. And I only gave them a lone thumbs up back. Nevertheless, we thoroughly enjoyed ourselves; we were walking through a slice of TV history after all. Whilst I was there I purchased a Bobby Ewing fridge magnet (what can I say – I was going through that phase and I’m over it now) and a booklet with some of J.R’s most cutting quotes. They made me laugh out loud. I love it when that happens.  So I thought I’d share a few with you…..

JR Ewing : [ to Lucy ] “Say, why don’t you have that junior plastic surgeon you married design you a new face: one without a mouth!”

JR Ewing : “Marilee, if you don’t hurry, someone else is gonna get your street corner”.

JR Ewing : [ to Marilee Stone ] “By the way honey, you’re a little too old to be running around without your clothes on”.

JR Ewing : “Ray never was comfortable eating with the family; we do use knives and forks”.