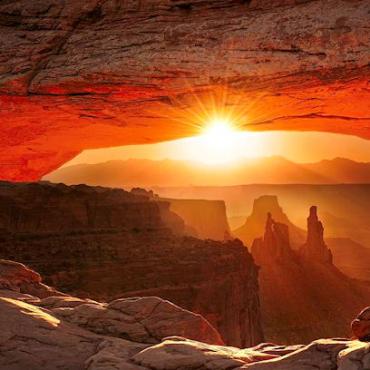 Utah features the best photographic opportunities in the USA. 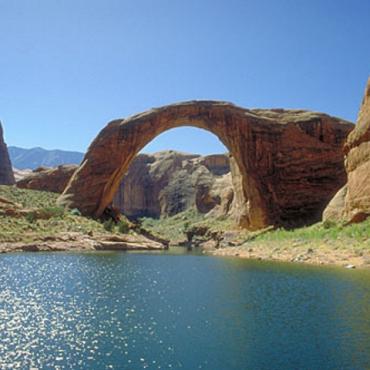 Generally there is not an “exact” exposure setting for sunrise or sunset shots.If your camera has an Auto Exposure Bracketing, consider using it to shoot several “burst” exposures of the same composition.

Try to take photographs using early morning, or late afternoon sunlight.  It tends to be much more compelling than overhead, mid-day sunlight. During these times the angle of light is lower, bringing out warmer colours and more interesting textures that will be effective in conveying mood, ambience and atmosphere. 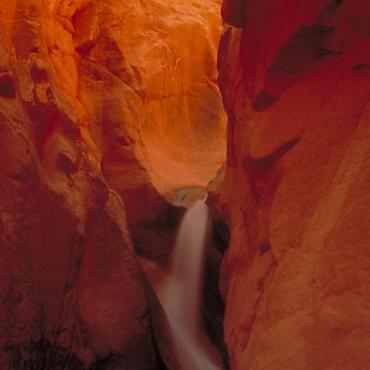 Places in Utah to get some very original photos..

Zion means "the promised land" and it is Utah's oldest and most visited natural attraction covering 147,245 acres. It's vast rock faces help create spectacular looking photos. Work out your composition before shooting, looking at points of interest, foreground detail and details that lead the eye into the picture and add to the over-all look of your photograph...a daring rock climber perhaps.

Elements in the foreground add a sense of dimension, distance and depth. Try placing the subject off-centre to make the composition more interesting, dynamic and eye catching. One helpful tip is to look at postcards of the place you are photographing - they can give you pointers as to time of day the photo was taken, angle and where to stand for a great shot. 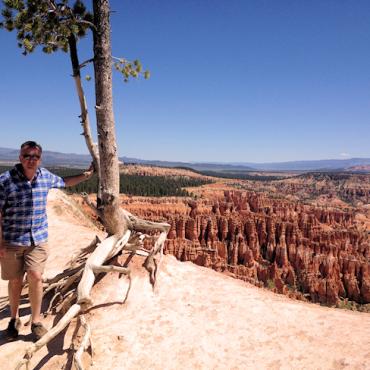 Bryce Canyon, famous for its worldly unique geology, consists of a series of horseshoe-shaped amphitheatres carved from the eastern edge of the Paunsaugunt Plateau. The erosional force of frost-wedging and the dissolving power of rainwater have shaped the colourful limestone rock of the Claron Formation into bizarre shapes, including slot canyons, windows, fins, and spires called "hoodoos".

As the sun rises over the eastern horizon of Bryce National Park, golden rays pour over the vast amphitheatre of sandstone spires (hoodoos). Use a tripod or balance on the rail along the rim walkway to hold your camera still, and use a small aperture and long exposure to get the best shot – or set your automatic camera to dusk setting. Pinks, sandstone, gold and red hues will warm the shots. Take the full impact of the Bryce Amphitheatre from Sunset Point in the evening for darker pinks and reds.

Don’t miss Bryce in the winter months – bathed in a coat of snow or frost, the top of the amphitheatre may be white and cool but hike down around the hoodoos to the bottom on the Navajo Loop, and you’ll get some warmer temperatures and greenery to set off against the whitened snowy hoodoos.

Hot Air Balloon trips over Moab offer a unique perspective – and gentle and slow enough for even the worst of amateurs to manage to take some jaw dropping pictures! We suggest the sunrise trips, call Bon Voyage to pre-book these. 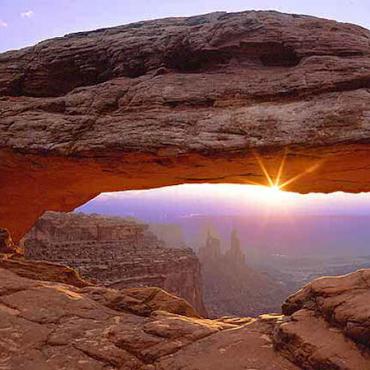 Classic expansive shots are taken by professionals and amateurs through Mesa Arch in Canyonlands National Park. Use the red arc of the natural arch as a frame for an expansive horizon shot across canyonsand buttes of rich reds and golds – sunset and sunrise offer the best colours. 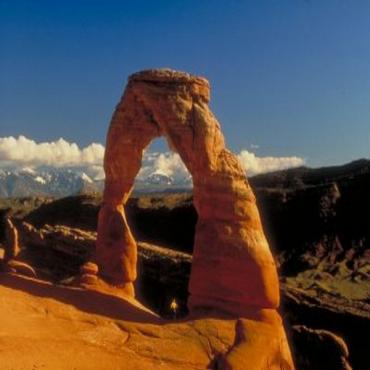 Now an icon of the West and featured on everything from the car registration plates to place mats and postcards, Delicate Arch is a massive natural freestanding arch formed over 100 million years in red Entrada stone. It stands on the rim of a huge standstone basin and has become the holygrail for hikers and photographers. Shoot at sunset which creates an incandescent light across its stone –the hike there is around 1.5 miles but you only realise it’s size close up –though probably best photographed at a distance.

If action images are your thing, Arches has some of the most famous slick rock (smoothly worn rock surfaces) in the world – enjoyed by cyclists from all over the globe. 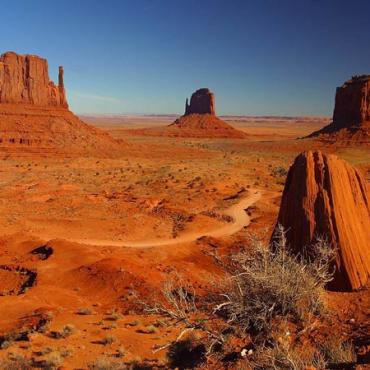 Monument Valley Utah's national parks are vast and a wide angle lens will help capture the enormity of the land. Monument Valley fills the landscape and lens. This is classic John Wayne country. More western movies were shot here than in any other site in the USA. Unique sandstone formations, Four Corners Monument and the Navajo Indian Nation define this vast, open desert region. Use your wide angle to capture the vast open spaces and spectacular rock formations. Monument Valley is a special place, and extra magical at sunrise or sunset. 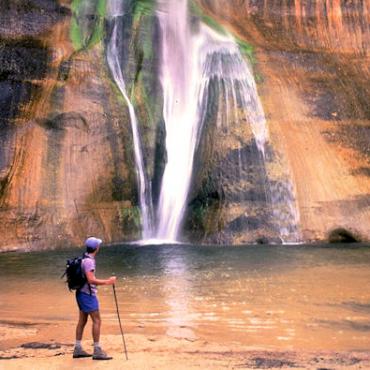 Call Bon Voyage to discuss your adventure fly-drive through the unique state of Utah or view a small sample of itineraries that include Utah here.

You may also want to consider visiting other iconic destinations nearby such as the Grand Canyon, Route 66, Death Valley, Mesa Verde, Lake Powell and Canyon De Chelly? Bon Voyage will be delighted to provide you with holiday suggestions for this marvellous part of the USA!